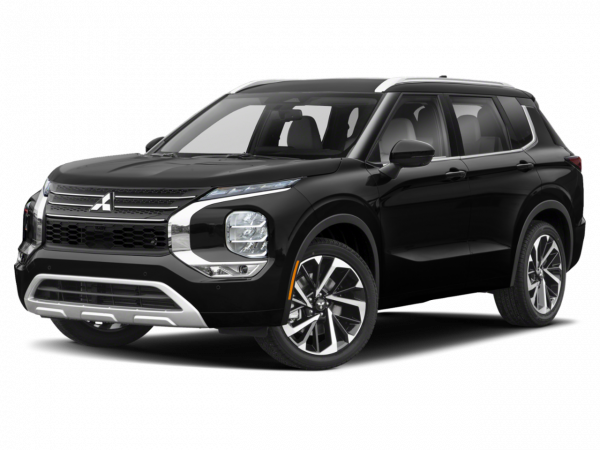 Debuting a few years after the start of the new millennium, the first-generation Mitsubishi Outlander was a late arrival to the small-SUV segment. Like many of its peers, it had a car-based design that translated into good handling and a comfortable ride on paved roads, but limited off-road capability. With so many competitors, Mitsubishi tried to set the Outlander apart with distinctive styling and a sporty demeanor. Compared to popular models from Honda and Toyota, however, the older Outlander models offered less interior space, and their breathless four-cylinder engines failed to live up to Mitsubishi's sporting image.

These problems were addressed in the larger second-generation Mitsubishi Outlander, which gained more interior space and an available V6 engine. Even so, the Outlander still lives in the shadows of its more successful contemporaries, whose reputations for overall quality and reliability are well-known to consumers. In spite of its lower profile, the second-generation Outlander is a competitive small SUV. It has the available all-wheel-drive system, high driving position and versatile cargo space consumers have come to expect in this segment, and sets itself apart with distinctive styling, advanced technology and a lively personality.

Current Mitsubishi Outlander
The Outlander is available in three trim levels: ES, SE and GT. Outlander ES and SE models are powered by a 168-horsepower 2.4-liter four-cylinder, while the GT receives a 230-hp 3.0-liter V6. Four-cylinder Outlanders come standard with a continuously variable transmission (CVT), while the V6-powered GT uses a traditional six-speed automatic. Both have manual-shift capability. All Outlander trims are available with either front-wheel or all-wheel drive. The AWD system is notable for its various configurations that allow drivers to select 2WD for maximum fuel economy or 4WD Lock for maximum traction in slippery conditions.

In our reviews, we've praised the Mitsubishi Outlander for its energetic V6 engine as well as its family-friendly design and moderately sporty handling. Negatives include a ride quality that may be too stiff for some and second-row seating space that is merely adequate. Passengers in the third-row fare even worse, as that seat is frighteningly flimsy, very thinly padded and cramped even for small children. We wouldn't recommend using it. Overall, buyers seeking value, style and fun-to-drive characteristics in a package that doesn't sacrifice daily usability will find the Mitsubishi Outlander to be a decent choice, but we'd recommend that you consider its competitors.

Used Mitsubishi Outlander Models
Debuting for 2007, the latest (second-generation) Mitsubishi Outlander introduced a few key attributes that the original lacked, namely V6 power, a third-row seat and additional cargo room. Three trims were offered initially -- ES, LS and XLS -- and all were equipped with a 220-hp V6 engine. A unique option was the navigation system whose hard drive provided 30GB for music storage.

For 2008 Mitsubishi added the SE trim and the current car's four-cylinder engine. The LS trim was deleted the following year, while a back-up camera and a larger hard drive for the navigation system debuted. Besides the 2010 styling revamp, the V6 received a slight increase in power along with an update to the AWD system.

For 2010, the Mitsubishi Outlander received a major refresh that included new aggressive styling inspired by the Lancer Evolution X. Other changes included a new LCD gauge display, real-time traffic for the navigation system and an available "Fuse" hands-free link system with audio streaming and voice commands for MP3 players and cell phones. Mechanical changes included a slight power bump for the V6 engine (to 230 hp) and an upgraded version of the all-wheel-drive system. The XLS trim was dropped for 2012.

The first-generation Outlander was sold from 2003-'06. Dropped into the highly competitive small-SUV category, the Outlander had unique styling, a carlike ride and comfortable seating for four, but offered few advantages over the more established competition.

In its first year of production, the Mitsubishi Outlander was powered by a 140-hp 2.4-liter four-cylinder engine, coupled with a four-speed automatic transmission. Around-town power was adequate with this setup, but Mitsubishi's compact sport-utility proved quite sluggish in passing and high-speed merging situations. A jump in hp to 160 for the 2004 model year helped somewhat, but the Outlander's engine still wasn't a match for the smooth and potent four-cylinders in small SUVs from Honda and Toyota, much less V6-powered Ford and GM models. Throughout the first-generation Outlander's run, both front-wheel-drive and AWD versions were offered.

In addition to the LS and the XLS trims, Mitsubishi added a high-line Outlander Limited trim in 2005, with unique interior and exterior trim enhancements as well as leather seating. Also significant for '05 was the addition of a five-speed manual as the standard transmission on the LS. Highly observant customers may also notice the slightly revised rear styling introduced during this model year.

In 2006, the midlevel XLS was replaced by the SE trim level, while base LS and high-end Limited trims remained. That model year also saw antilock brakes and side airbags find their way to the list of standard equipment for all trims. Models prior to 2006 reserved those safety features for premium models, making older LS-trim Outlanders less desirable for used car buyers. In general, we would advise used-car shoppers to look at '04 and newer Outlanders -- unless, that is, you find that you like the less powerful original engine more than we did.

Showing 1 through 10 of 756.00
Mitsubishi Outlander Reviews By Year: