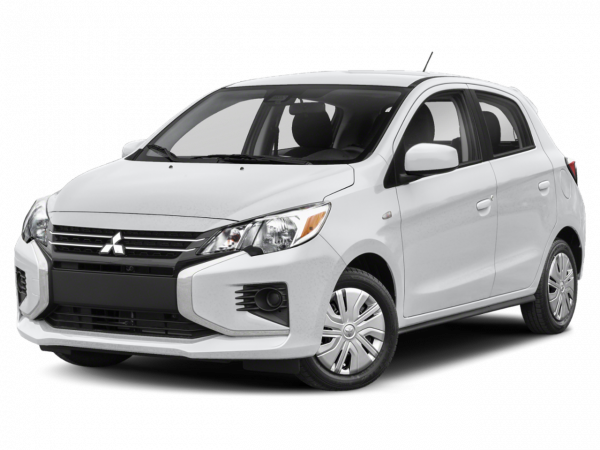 When it comes to the small car segment, Japanese automakers have long held a dominant role. But some makes and models have been more popular than others. The Mitsubishi Mirage reliably served as an affordable and economical set of wheels for 16 years, usually scoring well in quality surveys and critics' reviews. Yet this compact sedan and coupe never could escape the shadows of more popular models like the Honda Civic, Nissan Sentra or Toyota Corolla.

In actuality, the Mirage's road manners, at least on versions equipped with the proper engine and tires, were reasonably refined and up to the demands of basic transportation. Gas mileage was decent, cabins were acceptably isolated from noise and ride harshness, and the Mirage's interior was designed as well as any. Finally, Mitsubishi was ahead of the game in offering what small-car shoppers presumably look for most: a low price.

For awhile there, the Mitsubishi Mirage even showed hints of sports car aspirations by dishing out a couple high-output engines, one of them turbocharged. But the Mirage never attained much sales success. Most shoppers at the time preferred the comfortable reputation provided by more mainstream products. As a used compact sedan or coupe, the Mirage is at least worth a look as a budget buy, especially given its below-average resale value. However, you'll want to be aware of the car's limitations and faults, and comparing it to a few other small car choices would probably be wise.

The Mitsubishi Mirage lived its fourth and final life from 1997-2002. Its lineup was divided between sedan and coupe body styles and entry-level DE (later ES) and upscale LS trim lines. Engines included a 1.5-liter engine with 92 horsepower and a 1.8-liter with 113, both of which could be paired with a five-speed manual or four-speed automatic transmission.

At first, all Mirages were sparsely equipped, but LS models could at least be ordered with power windows and locks, cruise control, 14-inch wheels and a sunroof. Style-conscious LS coupes added standard alloy wheels, foglights, a spoiler and a tachometer.

Over the next few years, Mitsubishi tinkered with the different trims' feature lists; the most notable change was the discontinuation of antilock brakes, which were only offered as an option on LS models through 1999. For the Mirage's final year, only the coupe survived, as Mitsubishi discontinued the sedan in favor of the car's eventual replacement, theLancer.

Picking the right Mitsubishi Mirage is critical to its desirability. Because the 1.8-liter engine and 14-inch wheels are necessary for decent acceleration, handling and braking, stick to sedans of 2000-'01 or an LS of any year, which have more amenities anyway. Also note that the sedan's slightly greater length, wheelbase and height (a tradition carried over from past Mirages) made it a passable four-seater, whereas the coupe's backseat suffered from cramped space and awkward entry and exit, partly due to a passenger seat that didn't slide forward easily.

With any Mirage of this vintage, one pressing matter to keep in mind is safety, as the Insurance Institute for Highway Safety awarded it an unusually low rating of "Poor" in its frontal offset crash test.

The most recent Mitsubishi Mirage owed much of its design to the generation of 1993-'96. The third-gen Mirage was also available in sedan and coupe form, and it used the same engines and transmissions. It was also similar in size and had the same suspension (struts in front, multilink in rear) and the same competent demeanor on the road. The most significant difference is that the automatic transmission attached to the 1.5-liter engine had only three speeds, which made for noisy and inefficient freeway driving.

Trim lines included the S, ES and LS. The 1.8-liter engine initially came only in the LS sedan, then spread to ES sedans and LS coupes in 1994. Other changes that year included an upgrade from 13-inch wheels to 14 (on some models) and a driver side front airbag. Dual front airbags replaced the motorized seatbelts in 1995, the same year Mitsubishi oddly ceased selling sedan versions of the Mirage to the public, instead restricting them to fleets.

While this generation of Mirage had a sound design, the details limit its appeal. The 13-inch wheels and lack of airbags during the early years are a concern, while the later years are limited to a smallish two-door coupe that went without now-common amenities like power windows and locks or cruise control.

The second-generation Mitsubishi Mirage of 1989-'92 was another story. Body styles consisted of a sedan and a two-door hatchback, with most models coming with a 1.5-liter four-cylinder with 81 hp (92 from 1991 onwards). Transmissions included four- and five-speed manuals and three- and four-speed automatics; its rear suspension was a rigid axle and not all models had power steering. Add it all up and this Mirage was a little less refined than its successors.

But it was perhaps more interesting. One particularly memorable Mirage was the Sport hatchback of 1989 only, whose turbocharged 135-hp 1.6-liter engine, five-speed manual transmission, sport suspension and four-wheel disc brakes added some spice. Nearly as entertaining was the GS sedan of 1991-'92, whose twincam 1.6-liter engine made 123 hp.

While it's generally a better idea to stick with newer generations given the Mirage's affordability, these rare special editions have gone down in history as being the fastest Mirages that Mitsubishi ever built.