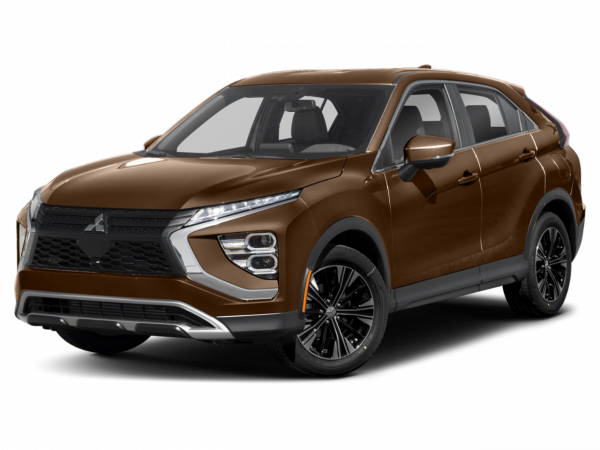 For nearly 20 years, the Mitsubishi Eclipse has been one of America's more popular sport coupes. Reasons for its success include sleek styling, powerful engines, a decent amount of comfort and affordability. As these traits also describe traditional domestic rear-drive sport coupes, the Mitsubishi Eclipse has been called the Japanese version of a pony car. And like those seeming influences, the Eclipse is known more for its straight-line performance than outright cornering prowess. The Eclipse has also always been designed solely for the U.S. market and is a rarity in other parts of the world.

The original Eclipse was the result of a joint venture started in the mid-'80s between Mitsubishi and Chrysler, known as Diamond Star Motors (DSM). For model-year 1990, at a plant in central Illinois, the Diamond Star triplets bowed -- similar versions of the same Mitsubishi-engineered car, including the Eclipse, the Eagle Talon and the Plymouth Laser. With the subsequent demise of the Eagle and Plymouth brands, only the Eclipse remains in production.

In total, there have been four generations of the Eclipse. Measured in terms of all-around performance and design, the latest one is certainly no slouch. But an earlier Eclipse, assuming it has been cared for properly, would make an affordable and enjoyable purchase for the budding sport coupe enthusiast.

Current Mitsubishi Eclipse
Mitsubishi's sport coupe is offered in base GS, GS Sport, the sporty-looking SE and more athletic GT trim levels. All are front-wheel drive and share their basic platform with the Galant sedan. The base level Mitsubishi Eclipse GS is reasonably well-equipped with 18-inch alloy wheels, air-conditioning and full power features along with a 2.4-liter four-cylinder engine good for 162 horsepower. The GS Sport uses the same drivetrain, but adds many of the GT's styling elements and extra features like heated leather front seats and a power driver seat. The SE essentially gets some special wheels and styling elements. In addition to its burly 265-hp, 3.8-liter V6, the GT has a sport-tuned suspension and larger brakes. Stability control is standard across the entire line.

Used Mitsubishi Eclipse Models
The latest generation of the Mitsubishi Eclipse debuted for the 2006 model year. There were initially four trim levels: GS, SE, SE-V6 and GT. Not much changed until 2009, when the SE trims were dropped, stability control was added for the GT (and later became standard for all Eclipses for 2010), and the car received a mild face-lift that included a more aggressive, Lancer Evo-like front fascia. The SE returned for 2012.

A six-speed manual was standard on the GT until 2011, but otherwise, powertrains are the same as the current Eclipse line. The GS Sport arrived for 2010 and for '11, 18-inch alloy wheels became standard for the base GS, the GS Sport received heated leather front seats and a power driver seat. That year saw blacked-out roofs on all Eclipses.

Many consumers shopping for a used Mitsubishi Eclipse will likely encounter the previous, third-generation model, which was sold from 2000-'05. It has a hatchback body style, front-wheel drive and four-cylinder or V6 power. It's smaller and less refined than the generation that succeeded it. The RS and GS trims of this generation were powered by a 2.4-liter four-cylinder good for 154 hp. The GT had a smooth-revving 205-hp 3.0-liter V6. All could be had with either a five-speed manual transmission or four-speed automatic.

Although this Eclipse was fairly popular with consumers, it attracted little critical acclaim. In Edmunds.com tests, editors noted that the Eclipse was not as sporting as previous versions and had a low-quality interior. Nor did the car change much during its run, though in 2003 Mitsubishi added a GTS trim that had a slightly more powerful V6 (210 hp) and more standard equipment.

When new, the first- and second-generation Eclipses were considered some of the best affordable sport coupes available. The original debuted in 1990. This Eclipse was also a hatchback, and these early models can be identified by their pop-up headlights. There were four different trim levels, each offering its own mix of powertrains. The top-of-the line model was the desirable Eclipse GSX, which boasted a 195-hp turbocharged four-cylinder engine and all-wheel drive. In 1992, minor updates were made, including the addition of fixed headlights.

Compared to the foreshortened, almost stubby first Mitsubishi Eclipse, the second generation (1995-'99) seemed long, sleek and gorgeous. It was a bit bigger than the earlier car but in many ways very similar mechanically. As before, normally aspirated or turbocharged engines were offered, and AWD was available on turbocharged models. The first- and second-generation turbocharged engines were already quite powerful in factory trim, but extensive aftermarket support enabled tuners to boost power output considerably.

With any of these early models, poor resale values translate into very attractive purchase prices. But reliability has never been a strong point for the Eclipse, and finding a well-maintained one (especially a turbocharged model) that hasn't been modified and/or abused is imperative for the smart shopper.