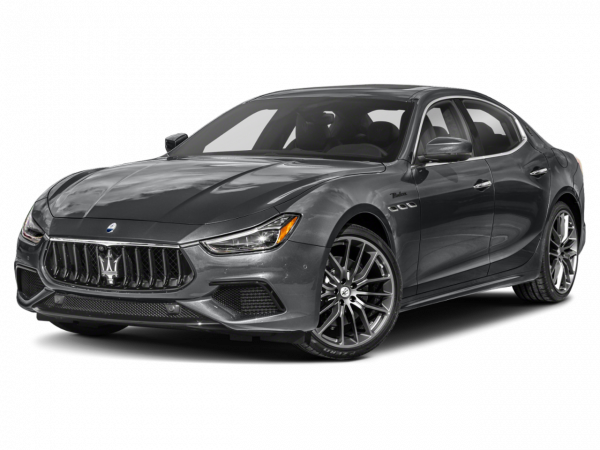 Italian sports-car excitement doesn't have to come at super-steep prices. Maserati has made a name for itself as a maker of lust-worthy exotics that, though costly, are bargains relative to their stratospherically priced competition. Maserati cars currently come in a number of configurations that range from an open sports car to a spacious luxury sport sedan.

The company was founded in 1914 by six Maserati brothers: Carlo, Bindo, Alfieri, Mario, Ettore and Ernesto. Based in Bologna, Italy, the brothers were racing enthusiasts and planned to craft racecars for private use. Mario, an artist, was believed to have based the company's trident emblem on a statue of the mythological god Neptune found in a Bologna square.

Throughout the '20s and '30s, the Maserati brothers scored many wins around the globe in their custom-built racecars. In 1937, the surviving brothers sold their stake in the company to the Orsi family, who moved the company's headquarters to Modena. A couple of years later, one of the automaker's cars won the prestigious Indianapolis 500.

Postwar, Maserati continued to rack up impressive racing victories with cars like the famous Tipo 60 and 61 "Birdcage" models. The company didn't start building road cars until the A6 coupe, which was made from 1947-'57. With only 138 cars produced in that long span, most of Maserati's money came from its other products: spark plugs and car batteries. The Maserati 3500 GT, fitted with a double-overhead-cam inline six, debuted in the mid-1950s.

By the 1960s, the automaker had shifted its focus from racecars to road cars. The company rolled out sexy models like the Mistral Coupe and the Sebring. But it wasn't until 1966, with the introduction of the sleek Giugiaro-styled Ghibli, that Maserati fielded a truly powerful (330-horsepower V8) and sexy Italian sports car. In 1968, the marque was purchased by Citro&euml;n.

Throughout the 1970s, Maserati made the most of its partnership with Citro&euml;n, using some of that company's suspension and steering components in Maserati cars such as the V8 Bora and V6 Merak models. The decade's fuel crisis took its toll, though, wreaking havoc and killing demand for the sort of gas-guzzling sports cars that were Maserati's specialty. Citro&euml;n was driven into bankruptcy and Maserati was placed in liquidation. In 1975, the company was purchased by Alejandro de Tomaso, an Argentinean who had a previous life as a successful racecar driver. He quickly rolled out a new model, the Quattroporte III, a four-door luxury sedan.

The 1980s were an especially dark time for Maserati. Its main model for the U.S. market, the Biturbo, was bland and notoriously unreliable. In 1991, the company stopped importing cars into the U.S. Fiat bought Maserati in 1993 and variants of the Biturbo continued to be produced until the factory closed in 1997 for a total refurbishing. During this time, Ferrari bought 50 percent of Maserati and went on to acquire full control of the marque.

After the factory's rebirth, Maserati started production of a pair of world-class cars, the two-seat Spyder roadster and the four-seat Coupe. With powerful V8 engines, the availability of an F1-style gearbox, styling by Giugiaro and vastly improved build quality, the new Maserati cars were introduced to the U.S. market for 2002 and restored prestige to the Italian sports car company.

In 2005, Maserati was split from Ferrari but remained within the Fiat fold. That year also saw the reintroduction of the Quattroporte luxury sport sedan, which was followed a few years later by the voluptuous GranTurismo coupe and convertible. Today's Maseratis may lack the ultimate brand recognition of the marque's main rivals, but they hold the advantage of being considerably more affordable while still offering sexy Italian styling and impressive performance.