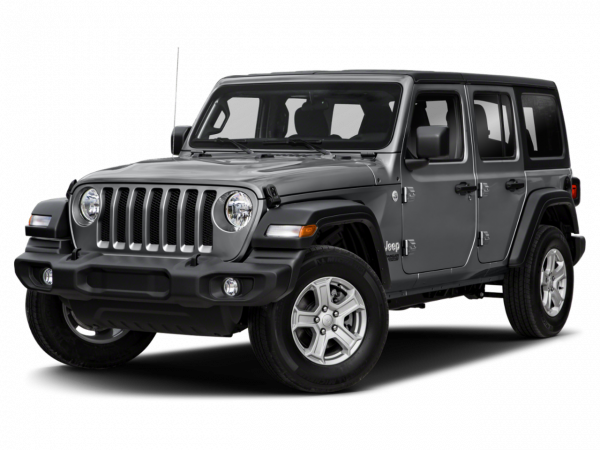 Perhaps the quintessential niche vehicle, the Jeep Wrangler has held the crown of ultimate affordable off-roader ever since it was first offered to the general public. This SUV's lineage goes back more than 60 years to the original military "Jeep," the legendary 4x4 that transported World War II soldiers and supplies over very rough terrain. Since then, the Wrangler's off-road prowess and tough-guy image have never wavered, but nor has it been the most civilized vehicle on the planet.

Jeep has attempted to make the latest-generation Wrangler more livable, and indeed it boasts an available four-door body style, a more contemporary interior, strong V6 power and added safety and convenience features. But die-hard Jeep enthusiasts shouldn't be too worried. The latest Wrangler stays true to its original purpose of providing rugged off-road capability and distinctive style, with creature comforts a distant third. Love it or hate it, the Wrangler just keeps on marching to its own beat.

Current Jeep Wrangler
The current Wrangler is available in two body styles: a short-wheelbase two-door or the long-wheelbase four-door Unlimited. Both come in bare-bones Sport, midlevel Sahara or hard-core Rubicon trim. Despite the Wrangler's rough-and-tumble image, there are a number of luxury and convenience items available like heated leather seats, automatic climate control, Bluetooth, navigation and an Infinity sound system.

All Jeep Wranglers come with a 3.6-liter V6 that produces 285 horsepower and 260 pound-feet of torque. Four-wheel drive is also standard and includes high- and low-range gearing. A six-speed manual transmission with hill-start assist is standard, while a five-speed automatic is optional. This engine is quite the revelation, endowing the traditionally ponderous Wrangler with both quick acceleration and decent fuel economy.

In reviews, we've noted that the Wrangler remains the go-to choice among serious off-roaders thanks to its compact dimensions (provided you choose the two-door version), high ground clearance, steep approach and departure angles and no-nonsense four-wheel-drive system with an aggressive low-range function. Even the most basic Wrangler can venture places that most mass-market vehicles could never dream of. The Rubicon furthers those capabilities with extra features such as a special transfer case, knobbier tires and electronic locking differentials.

Make no mistake, though; buying a Wrangler is a commitment. The ride can be jarring, interior noise on the highway can be deafening and handling is poor. With its removable doors, zip-up plastic windows and hose-out interior, the Wrangler may be too rough for many consumers. But the trade-off is worth it for true fans, as nothing else can match the Wrangler's capabilities and iconic image.

Used Jeep Wrangler Models
The current, third-generation Jeep Wrangler debuted for the 2007 model year. It's larger and more refined than the previous generation. Key changes include a stiffer structure and more insulation for a quieter (though still raucous) ride; the introduction of a four-door variant (known as the Wrangler Unlimited); and added power under the hood, with the big bump coming in 2012. Styling is familiar, but although the standard Wrangler retains roughly the same short length as before, its increased width helps to improve passenger comfort.

Until 2012, the only engine available was a 3.8-liter V6 that produced a rather anemic 202 hp and 237 lb-ft of torque. The arrival of the "Pentastar" 3.6-liter V6 put unprecedented pep in the Wrangler's step, and it brought a new five-speed automatic that replaced the four-speed unit offered with the 3.8-liter engine. A rear-drive version of the Unlimited was also available until 2012. Prior to 2011, the Wrangler's cabin featured lower-quality materials and a less visually appealing design. There were fewer luxury and convenience items available, while stability control was not standard.

Another notable change is that the standard vinyl soft top was harder to remove prior to a design tweak implemented for 2010. The Unlimited's roof was improved further for 2013, along with the seats in all Wranglers.

The previous, second generation of the Wrangler bowed in 1997 after a one-year hiatus, and marked a return to the classic Jeep face with its round headlights. It was sold through the 2006 model year. A new dash modestly modernized the cabin upon its debut, while a coil-spring suspension improved on-road comfort. Dual front airbags and the option of antilock brakes made the Wrangler safer, too. Of course, all the ingredients (such as generous ground clearance, skid plates and a crawl gear for the transfer case) that made the original CJ so capable off-road remained.

In 2004, Jeep introduced the Wrangler Unlimited model; it still had only two doors, but a 10-inch wheelbase stretch provided a significant increase in rear legroom and cargo capacity. A Rubicon version of the Unlimited arrived the following year, and a six-speed manual gearbox replaced the five-speed.

In reviews, we praised the second-generation Jeep Wrangler for its off-road agility and personality, but scorned the plastic side windows, fussy soft top and poor fuel economy. We deemed it fair at best for commuter duty, considering the vehicle's loud and busy ride at freeway speeds. After logging some miles in a Rubicon version, we decided its immense off-road capacity was beyond compare, but braking distances (even with ABS) were long, gas mileage was mediocre, and as a daily driver it was simply too harsh and bouncy on the blacktop. The standard, non-Rubicon version of the Wrangler Unlimited had slightly better road manners, thanks to its longer wheelbase and revised suspension tuning.

Consumer feedback on this Wrangler is generally favorable, with most folks enjoying the fun factor despite echoing our sentiments about the annoying soft top and fuel mileage. Reliability is a mixed bag, with a few respondents citing many troubles where others had none.

The first Jeep Wrangler (1986-'95) had square headlights and, on some trims, monochromatic fender flares and rocker panel extensions, the latter an odd "of the times" styling touch on such a retro vehicle. Initially, a choice of a 2.5-liter four or a 4.2-liter six-cylinder engine was offered, and buyers could get a five-speed manual or three-speed automatic. One of the biggest improvements during this generation came for 1991, when a new, 4.0-liter inline-6 with 180 hp replaced the ancient 4.2-liter unit that had just 112 hp. Trim levels during this time ranged from base S through Islander, Sahara and top-of-the-line Laredo and, after 1990, Renegade.