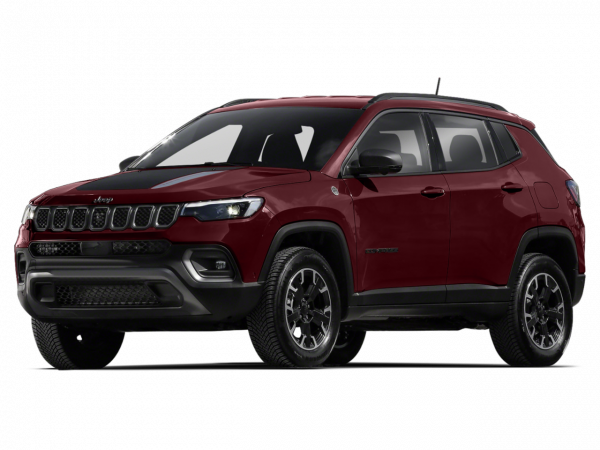 Most people think of Jeeps as tough off-road vehicles that love to get muddy, but when the Jeep Compass debuted for 2007, it wasn't like other Jeeps. It didn't look rugged, it wasn't trail-rated, and as far as we could tell, it didn't even like dirt. Instead, it was a car-based design built for the majority of small-SUV buyers who wanted a fuel-efficient runabout that was easy to drive around suburbia. Four-wheel drive was available, of course, but it was a single-speed system -- enough to get you through a snowstorm and that's about it.

As you can imagine, Jeep purists didn't much care for the Compass, which they regarded as the antithesis of all things Jeep. The company evidently took this early criticism to heart, because the latest iteration has revised styling and newfound capabilities that edge the Compass closer to "real Jeep" status. Even so, the Jeep Compass faces stiff competition among today's compact, car-based SUVs. Its low base price and interesting features may be compelling at a glance, but for those who dig deeper, its subpar engines, modest cargo capacity and relatively crude driving dynamics will likely prove significant liabilities.

Current Jeep Compass
The Jeep Compass is a compact SUV offered in Sport, Latitude and Limited trim levels. Standard equipment on the base Sport includes alloy wheels, full power accessories, cruise control, air-conditioning and an auxiliary audio jack. Stepping up to the Latitude gets you heated front seats, a height-adjustable driver seat and a leather-wrapped steering wheel with auxiliary audio controls, while the Limited gets items like leather upholstery, a power driver seat, a 6.5-inch touchscreen, a rearview camera and automatic climate control. Notable options include a navigation system, Bluetooth and a USB port.

Every front-wheel-drive Jeep Compass Sport or Latitude model comes with a 2.0-liter four-cylinder that produces 158 horsepower. A 2.4-liter 172-hp four-cylinder engine is standard on the Limited and all four-wheel-drive Compasses. It is optional on the others. A five-speed manual transmission is standard on the Sport, but a six-speed automatic transmission can be specified instead. The Latitude and Limited come standard with the six-speed automatic.

Of the two available four-wheel-drive options, the light-duty "Freedom Drive I" system operates in front-wheel-drive mode under normal conditions and automatically sends power to the rear wheels only when needed. The Freedom Drive II Off-Road package (available on 4WD versions) includes hill ascent/descent assist and a host of other all-terrain equipment, but unfortunately it requires the undesirable continuously variable automatic transmission (CVT) -- which also comes standard with the optional Altitude and High Altitude packages.

In reviews, we've found the Jeep Compass to be one of the least appealing compact SUVs. At its core, the Compass still shares its underpinnings with the thankfully departed Dodge Caliber hatchback, and suffers from the same weak and noisy engines. Acceleration is slow regardless of which engine you opt for, though the six-speed automatic does improve on the CVT's whiny, sluggish operation. In terms of refinement (or lack thereof), the 2.4-liter is almost as rough and loud as the 2.0, and neither achieves impressive fuel economy.

To be fair, the Freedom Drive II package makes the Compass an unusually capable crossover in the dirt, but if that's what you're after, there are superior alternatives, including Jeep's own Cherokee. And aside from Freedom Drive II, there's little else to recommend the Compass over its peers. Rear passenger space is adequate overall, but legroom is tight back there relative to the norm, and the harsh, bouncy ride haunts both seating rows. Maximum cargo space behind the front seats also trails the pack.

Used Jeep Compass Models
Introduced for the 2007 model year, the Jeep Compass is in its first generation, but there have been significant changes made. From 2007-'10, the Compass featured different exterior styling that was less indicative of other Jeep models. It was rounder, a little more avant garde, and if we're honest, not very attractive. Prior to an interior overhaul for 2009 that addressed both design and materials quality, the cabin was one of the worst on the market. It was upgraded yet again for 2011, which was also the first year for the current car's more capable Freedom Drive II equipment and "baby Grand Cherokee" styling. The six-speed automatic debuted for 2014 as a considerably more civilized alternative to the CVT, though the underlying shortcomings of the engines were not addressed.