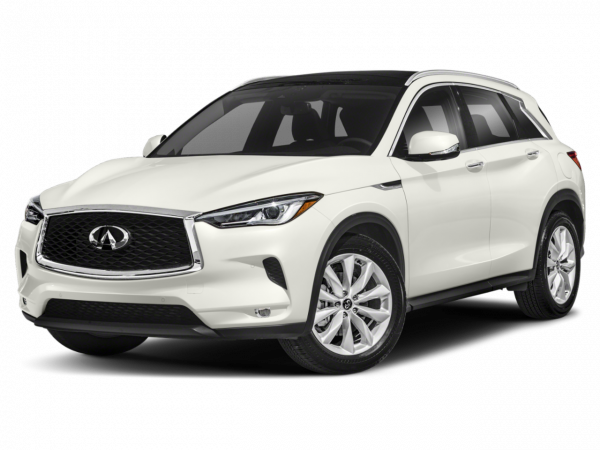 Crossover SUV shoppers, by the very nature of the vehicle they seek, are a demanding lot. They want something that drives like a sedan, while still being a capable people mover and competent cargo hauler. That's a tall order to fill. But not everyone seeking this versatility wants a vehicle that has all of these traits in equal measure. Some drivers are willing to sacrifice some utility in exchange for an extra helping of sporty driving character. Enter the Infiniti QX50.

Shoppers should know that throughout its run, Infiniti's compact crossover had an identity crisis of sorts, as it has had no fewer than three monikers, including the otherwise identical EX35 and EX. It is now called the QX50 in keeping with Infiniti's recent naming protocol in which all of its SUVs have a QX prefix. All three are similar, with only minor changes made through the years to their powertrains and features.

Whatever you call it, this compact sport-utility has the "sport" part easily covered thanks to a powerful V6 and sharp reflexes. It also boasts numerous high-end luxury features. The main downside is that it lacks rear-seat passenger room and cargo capacity compared to most of its rivals. Still, if you're more concerned about driving enjoyment than people- and cargo-hauling, the QX50 should more than satisfy.

Current Infiniti QX50 Models
Though technically introduced for 2014, the Infiniti QX50 is essentially the previous EX with a new name. As such, it is a five-passenger small luxury crossover available in base and Journey trim levels. Power comes via a 3.7-liter V6 packing 325 horsepower that's matched to a seven-speed automatic with manual shift control. Either rear-wheel or all-wheel drive is available. Acceleration is swift, with the QX50 running the 0-60-mph dash in only about 6 seconds.

The QX50 simply shines in terms of driving dynamics. In fact, the Infiniti QX50 is less of an SUV and more of a sport sedan with a tall ride height and a rear hatch. In reviews, we've noted that it strikes a near-ideal balance between ride quality and handling. With 18-inch wheels it feels comfortable over broken pavement, yet sharp and responsive in tight corners. The V6 pulls hard from almost any speed, and the brakes are strong and easy to modulate.

As enjoyable as the QX50 is from behind the wheel, though, it doesn't exactly put the "utility" in sport-utility. The QX50 is short on cargo space compared to its rivals, and the rear seat offers just 28.5 inches of legroom -- also substantially less than what's available in competitors. However, for singles and couples drawn to the comforts and conveniences of SUV ownership, the elegant Infiniti QX50 is an appealing option. It has plenty of power, and it also boasts one of the best ride/handling balances of any premium compact crossover. If you don't need a lot of space for kids, pets or cargo, the QX50 should prove rather appealing.