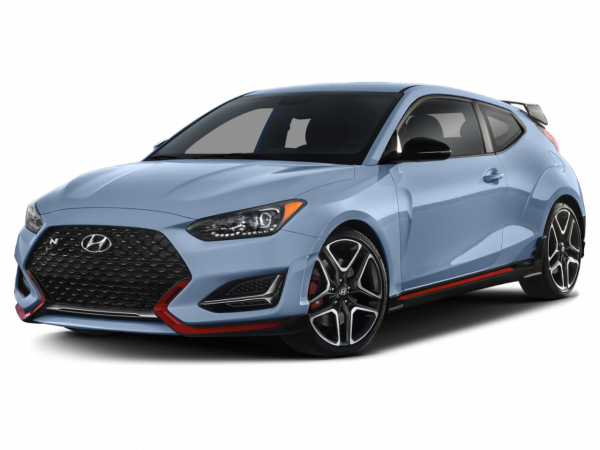 It's a rare occurrence when bold design is married to a car that is accessible to shoppers on a budget. The Hyundai Veloster is that rarity among hatchbacks, with evocative styling, a unique asymmetrical three-door layout and respectable performance. Yet the Veloster still achieves fuel economy figures that rival more commonplace economy cars.

Built upon the same basic architecture as the Hyundai Accent, the Veloster shares many of the same advantages and drawbacks. But when it comes to the bottom line, the Hyundai Veloster ranks highly for its feature-rich content, friendly price and appealing overall character.

Current Hyundai Veloster
The Hyundai Veloster is a four-passenger, three-door hatchback. The driver-side door is coupelike in length, while the passenger side features two smaller doors. There are three main trim levels: base, Turbo R-Spec and Turbo.

The base Veloster comes with a 1.6-liter four-cylinder engine that produces 138 horsepower and 123 pound-feet of torque. The Turbo versions pack a turbocharged version of the 1.6 that cranks out 201 hp and 195 lb-ft of torque. For either engine, a six-speed manual transmission is standard. The base engine offers a six-speed automated manual (called DCT), but selecting that option reduces engine output slightly (to 132 hp and 120 lb-ft of torque). A traditional six-speed automatic is optional only on the Turbo model, as the R-Spec is manual only.

Standard feature highlights for the base Veloster include 17-inch alloy wheels, a rearview camera, air-conditioning, full power accessories, Bluetooth phone and audio connectivity, the Blue Link emergency telematics system and a six-speaker sound system with a USB/iPod interface.. Options include the Style and RE:FLEX Edition packages, which add some unique styling flourishes inside and out, plus features like upgraded seating surfaces, a leather-wrapped steering wheel and an upgraded audio system.

Although the Veloster's cabin has an abundance of hard plastic surfaces, unique texturing and sculpted design help to bolster its appeal. The front seats are comfortable and supportive, but that's not the case in back. There's ample legroom, but the rear seat cushions are mounted a bit too low and headroom is limited by the sloping roof line. Furthermore, the glass hatch extends over the passengers' heads, leaving them exposed to the sun.

On the plus side, all of the Veloster's cutting-edge features are sure to attract the tech-savvy youth market that it clearly has in its sights. Features like Bluetooth audio and Pandora Internet radio are standard, while the Blue Link system (besides its typical safety features) includes outbound text messaging, turn-by-turn navigation and location sharing (via Facebook). Parents of young drivers will also appreciate the programmable geo-fence feature that alerts them when the car travels outside of defined areas.

In reviews, we found power from the base 1.6-liter engine to be merely adequate, a bit of a letdown considering the Veloster's sporty styling. Regardless of trim level, the Veloster's ride tends to be harsh on pockmarked roads. Thankfully, the turbocharged versions make the latter demerit easier to take, as their added kick makes for a fair amount of entertainment from behind the wheel.

Used Hyundai Veloster Models
The Hyundai Veloster debuted for the 2012 model year in a single, well-equipped trim level. Unlike later versions, the base engine made 138 hp and 123 lb-ft of torque regardless of transmission. For 2013, the Veloster Turbo debuted. On the other end of the spectrum, the standard Veloster's engine output dropped slightly (to 132 hp and 120 lb-ft) when it was matched to the automated manual transmission. That year also saw the one-year-only RE:MIX Edition: a base Veloster spiffed up with a body kit and special wheels. Apart from trim level shuffling and lacking a few notable features (such as a standard rearview camera, and, for the Turbo, a torque-vectoring system), these Velosters are otherwise similar to the current models.