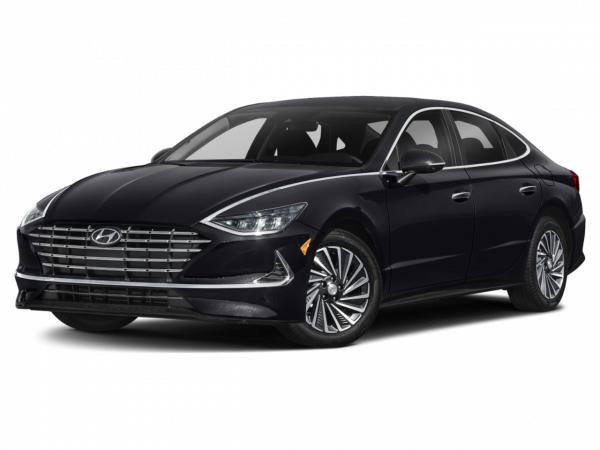 To create its Sonata Hybrid, Hyundai started with a modified version of the Sonata's conventional four-cylinder engine and six-speed transmission, then sandwiched an electric motor in between them. Supplying electricity is a lithium-polymer battery pack that's lighter and more compact than traditional nickel-metal hydride batteries. The result is lively performance along with high fuel economy numbers. Some rival hybrids offer even better mpg numbers, however, so we suggest checking out a couple other midsize hybrid sedans before you make a final decision.

Current Hyundai Sonata Hybrid
At the core of the Hyundai Sonata Hybrid midsize sedan is a gasoline-electric hybrid powertrain that features a 2.4-liter four-cylinder engine producing 159 horsepower and 154 pound-feet of torque, combined with a 35kW electric motor. Together they produce a peak of 199 hp. Power is sent to the front wheels through a six-speed automatic transmission with manual shift control.

The EPA estimates Sonata Hybrid fuel economy at 38 combined. However, in Edmunds fuel economy testing of both the Sonata Hybrid and the mechanically similar Kia Optima Hybrid, we found that both fall a few mpg short of these estimates. Meanwhile, its competitor hybrid sedans are substantially more efficient.

The Hybrid's interior is virtually identical to the regular Sonata's, save for the typical hybrid display that monitors the gasoline-electric powertrain and coaches the driver on how to drive in a more fuel-efficient manner. Both front and rear seats offer adult-sized legroom, although there's slightly less rear headroom than most rivals due to the sloping rear roof line. The quiet cabin and quality materials add an upscale quality. But as with most hybrids, the powertrain's battery pack eats into the available trunk space, reducing it from 16.4 to 12.1 cubic feet.

The Hyundai Sonata Hybrid uses a modified six-speed automatic in lieu of a continuously variable automatic transmission (CVT) that's common to other hybrids. Some drivers may prefer this, as it provides a more familiar feel as it works its way through the gears. Many hybrids have been characterized as having unusual, less-than-smooth acceleration, but the Sonata Hybrid's less advanced hybrid system (especially the six-speed automatic transmission) makes it feel more like a regular car. The brakes, on the other hand, require more acclimation than normal for a hybrid sedan and drivers may dislike the especially unorthodox feel. We've also found the Sonata Hybrid's ride and handling to be not as sophisticated as the class-leading hybrid sedans from Ford and Honda.

For 2013, those issues were addressed with upgrades to the powertrain and battery pack. That year also brought a bump in trunk capacity, from 10.7 cubic feet to 12.0 cubes. Other than slight feature differences, such as lacking a rearview camera and a touchscreen audio interface, these post-'13 Sonata Hybrids are similar to today's version.