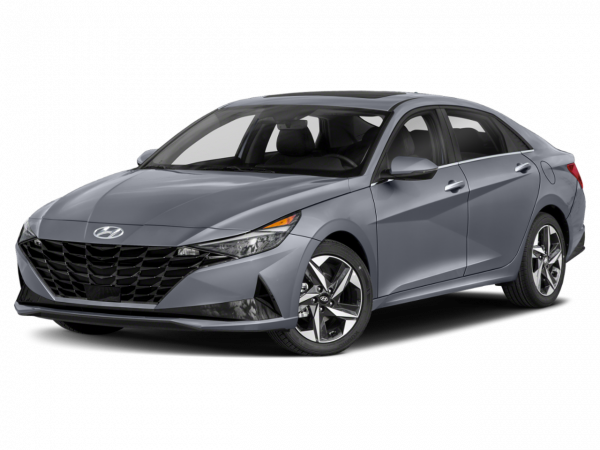 Introduced in the early 1990s, the Hyundai Elantra didn't exactly get off to a good start, earning a well-deserved reputation for overall shoddiness and unreliability. But more than two decades later, the Elantra has become one of America's most popular small sedans. Take one for a spin and you'll likely be impressed with its smooth ride, roomy interior, high fuel economy and solid build quality. The Elantra also offers plenty of features for the money and long warranty coverage. While those long-ago Elantras are best forgotten, any new or used Elantra (that you'll realistically come across) is an excellent choice for a small car shopper.

Standard SE feature highlights include alloy wheels, full power accessories, air-conditioning, cruise control, a tilt-and-telescoping steering wheel and a six-speaker sound system with a CD player, satellite radio and USB/iPod interface. An option package provides 16-inch (versus 15-inch) wheels, Bluetooth phone and audio connectivity, voice controls, a rearview camera and heated front seats. The Limited comes with all that as well as 17-inch wheels, leather upholstery, a power driver seat, heated rear seats and Blue Link telematics. The Sport includes the Limited's features minus the heated rear seats and Blue Link and adds a more powerful engine, a sunroof, a sport-tuned suspension and keyless ignition and entry. The Limited can be had with a larger 7-inch touchscreen display, dual-zone automatic climate control and a navigation system.

The SE and Limited trims are powered by a 1.8-liter four-cylinder engine with 145 horsepower. A six-speed manual transmission is standard on the SE, while a six-speed automatic is optional. The Limited comes only with the automatic. The Elantra Sport has a 2.0-liter four that makes 173 hp. With the Sport, the manual transmission is standard, while the automatic is optional.

Slide inside the Elantra and you'll find a cabin that matches or betters most others in it class. A stylized center stack and controls lend some flair to the cabin, and the materials, while not best-in-class, offer a rich look. Ample headroom and a smaller-diameter steering wheel contribute to the interior's spaciousness.

On the road, the 1.8-liter engine has decent punch and the automatic transmission provides smooth, well-timed shifts. This volume-selling powertrain should be fine for the majority of drivers. The added punch provided by the Sport's bigger engine should be appreciated by those willing to sacrifice a few mpg in favor of some added oomph. A compliant ride and a quiet cabin make the Elantra a comfortable choice for daily driver and road trip duty alike. The only significant downside to this Elantra is a lack of rear headroom compared to what's available from some other top small sedans.

Used Hyundai Elantra Models
The current Hyundai Elantra represents the fifth generation, which was introduced for the 2011 model year. Apart from lacking some slight styling tweaks, upgraded touchscreen displays, added sound insulation and the Sport trim level, these Elantras are otherwise identical to the current version.

The fourth-generation Elantra ran from 2007-'10. Having established the Elantra as a legitimate contender in the compact segment with its previous-generation car, Hyundai updated the Elantra's styling, improved its handling and ride quality, and revamped the interior to near-premium levels.

Two main trim levels were available: GLS and SE. The GLS came reasonably well equipped, though it lacked stability and traction control. Those came standard on the SE after 2007. The SE also had more features and a sport-tuned suspension. In your used-car search, you might also encounter the top-line Elantra Limited ('07 only) and the Elantra Blue, which was an entry-level model offered for 2010 only.

Fourth-generation Elantras came with a 2.0-liter four-cylinder engine good for 138 hp and 136 lb-ft of torque. The transmission was either a five-speed manual or a four-speed automatic. Cars sold in California-emissions states could have cleaner tailpipe emissions (PZEV) but were rated for 132 hp.

Changes were minimal for this car. For 2009, the Elantra received enhanced suspension and steering tuning, along with new interior instrument and radio displays. A USB/iPod audio jack also became available. But in general, we were very impressed by this car and praised its roomy and comfortable interior, agreeable ride quality and value for the dollar.

The third-generation Elantra was produced from model years 2001-'06 and represented a considerable step up from the earlier cars. The sedan was bigger inside and out, and revised sheet metal gave it a more upscale look. Reliability and overall quality were also much improved. The standard features list was generous for the car's price, and included amenities like air-conditioning, full power accessories, side airbags, 15-inch wheels and an AM/FM cassette player. The 2.0-liter engine generated 135 hp (138 after 2003) and was mated to either a five-speed manual transmission or a four-speed automatic.

An Elantra hatchback, the Elantra GT, was also offered starting in 2002 and came with additional standard features, including leather seats and a CD player. Initially, the sedan was available only in base GLS trim, but by 2003, Elantra sedans could be purchased in two trims -- GLS and the top-of-the-line GT. Although it still lacked the refinement of segment leaders like the Honda Civic, the third-generation Hyundai Elantra shone as a solid choice for buyers seeking maximum value for their money.

One would probably do best by avoiding the second-generation Elantra – built from model years 1996-2000 -- though it did at least take a turn for the better from the forgettable original. The car got a welcome boost in power with the addition of a new engine, a 1.8-liter four-cylinder capable of 130 hp and 122 lb-ft of torque. Airbags were added to the safety features list, and a wagon body style was also offered. The Elantra's engine was upgraded yet again in model year 1999, to a larger 2.0-liter. Overall, the second-gen Elantra represented a decent buy in the economy car segment. It wasn't as polished as the offerings from Honda, Nissan or Toyota, but it was well-equipped and fun to drive.

The first-generation Elantra was produced from model years 1992-'95; during this period, Hyundai's hauler was available as a sedan only. Sadly, the car's build quality and reliability reflected its bargain-basement price. Elantras from this era were notorious for being sloppy in most of the areas that matter. They were none too quick either, as all models were motivated by a 1.6-liter inline-4 good for 113 hp and 102 lb-ft of torque.