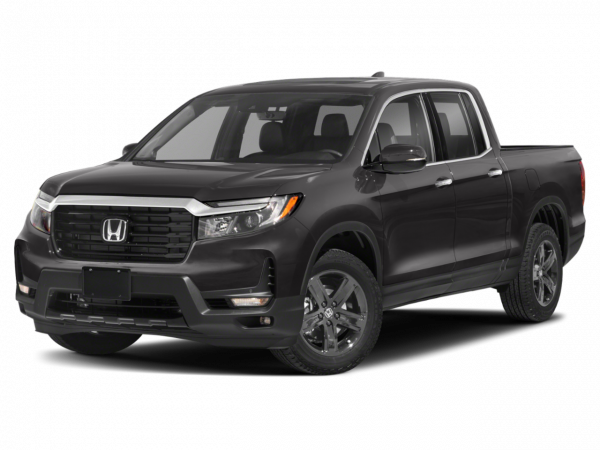 Although millions of full-size pickup trucks are sold each year, only a fraction of them actually see an off-road trail, a large travel trailer or a boat ramp. The rest are daily drivers that make an occasional trip to Home Depot for 2x4s and patio furniture. For those consumers who desire a less bulky, less thirsty alternative that can still handle those occasional jobs, there's the Honda Ridgeline. This four-door ("crew cab") pickup truck has a number of distinctive features and, true to Honda's philosophy, it makes sense for smart consumers.

Standard feature highlights for the base RT include a power-sliding rear window, air-conditioning, a 60/40-split lift-up rear seat, a rearview camera, full power accessories, and a six-speaker sound system with a CD player. Moving up through the other trims adds luxuries such as alloy wheels, dual-zone automatic climate control, a power driver seat, upgraded audio systems, heated seats, leather seating and a navigation system with voice recognition and Bluetooth phone connectivity.

Rather than having a separate cab and bed, the Ridgeline's body unites the two. The Ridgeline's architecture combines the techniques of both unibody and full-frame construction. All Ridgelines include a hidden trunk in the cargo bed that doubles as an ice chest, a dent-proof bedliner, a four-wheel independent suspension (for a smoother ride and more agile handling) and a trailer hitch. Maximum towing capacity stands at 5,000 pounds.

In all but the most taxing situations, performance is respectable, and on the open highway the Honda Ridgeline is an effortless and quiet cruiser. As such, it is an ideal road trip vehicle, especially when said trip involves carrying bulky items. That easy-going demeanor, along with comfortable seats, plentiful storage cubbies, sound ergonomics and a relatively manageable size make the Honda Ridgeline a viable option as the sole family vehicle. While the cabin provides sedan-like comfort, the cargo bed effortlessly transports things such as camping gear or lawn supplies. Criticisms include the Ridgeline's aversion to off-road adventures, where its lack of a low-range gear and a tendency to bottom out don't help when tackling more rugged trails. Fuel economy for a V6-powered pickup is also disappointing.

If these shortcomings are meaningful to you, then you'll want to consider a pickup with true truck DNA. But if all you really need is the passenger space of an SUV and the utility of a pickup truck, the Ridgeline is an excellent choice.

Used Honda Ridgeline Models
The Ridgeline was introduced for the 2006 model year, available in RT, RTS and RTL trim levels. The following year the chrome-accented RTX debuted. There were only minor features updates until '09, when the RTX trim was dropped and the exterior and interior styling was updated.

Things stayed pat until 2012, when a new grille design and a new Sport trim level debuted, the latter slotted between the RT and RTS trims. That year also saw minor aerodynamic improvements and engine tweaks that boosted highway mileage by a single mpg. The following year brought a standard rearview camera for all trim levels.