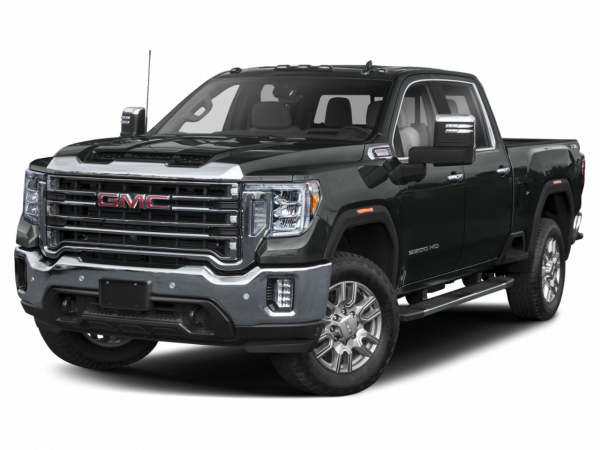 Next time you hear someone refer to the "Sierra Nevada Mountains," please direct them to your state's Department of Redundancy Department. The folks at DORD will immediately inform them that Sierra is, in fact, Spanish for mountains -- it's no different from saying Rio Grande River, ATM Machine or Los Angeles Angels.

Thankfully, the GMC Sierra 3500 made plenty of sense as a heavy-duty pickup. As a near-identical twin to the Chevy Silverado, the Sierra 3500 was a sturdy workhorse thanks to upgrades over the regular 1500 model such as a more rugged frame, a stiffened suspension, more powerful engine choices and the availability of dual rear wheels. Although it certainly could have benefited from better interior materials, the GMC Sierra 3500's reputation for durability and tremendous hauling and towing capabilities made it a long-running favorite.

When GMC redesigned the Sierra 3500 for 2007, it changed the truck's name slightly to "3500HD". Information about that truck can be found here.

Used GMC Sierra 3500 Models
The last Sierra 3500 was sold from 2001-'06. GMC further extended the model's life by one year by calling it the 3500 Classic for 2007. Changes to this truck were minimal during its production run. Updates were made to exterior styling and the interior for 2003, with further exterior tweaks for 2005. These trucks initially came in SL, SLE and SLT trim levels, with the Work Truck added for 2004. That latter year also saw a regular rear axle become available to supplement the dual rear-wheel setup.

The standard engine was a 6.0-liter V8 that made 300 horsepower and 360 pound-feet of torque. There were two optional engines: an 8.1-liter gasoline V8 producing 340 hp and 455 lb-ft of torque and a 6.6-liter turbodiesel producing 300 hp and 520 lb-ft of torque. This diesel was upgraded for 2006 with more power and refinement and fewer emissions -- it made 360 hp and a whopping 650 lb-ft of torque. These engines carried over for the 2007 Classic. A five-speed manual transmission was standard with the 6.0-liter V8, with a four-speed automatic optional. The 8.1-liter V8 and turbodiesel engines came with either a six-speed manual or five-speed automatic. (It became a six-speed for 2006.)

In reviews of the GMC Sierra 3500, we were always impressed by the truck's powerful engine lineup and substantial towing and hauling abilities. It was a reasonably comfortable truck for everyday use, but don't expect the plush ride of its light-duty siblings. Any of the three available engines will provide swift acceleration (for a full-size 1-ton truck, that is) and ample towing power, but the diesel V8 is probably the best choice for those who tow heavy loads -- especially the more powerful 2006 Duramax. Our principal beef with the Sierra 3500 concerned the shoddy interior design, materials and build quality. GMC improved it gradually during its lifespan, but it was never quite up to snuff.

The previous-generation GMC Sierra 3500 heavy-duty pickup ran from 1988-'98 with a significant refresh for 1995. It was known as the Sierra 3500 Classic for 1999 and 2000. This 1-ton Sierra was powered by a series of V8 engines (including a diesel option), with enhancements made in 1994. New gasoline "Vortec" engines debuted for 1996, including a 7.4-liter V8 capable of 410 lb-ft of torque. The 6.5-liter turbodiesel was upgraded for 1998. Strengths of these trucks include strong, durable powertrains, while weaknesses center on sketchy build quality and materials within the cabin.