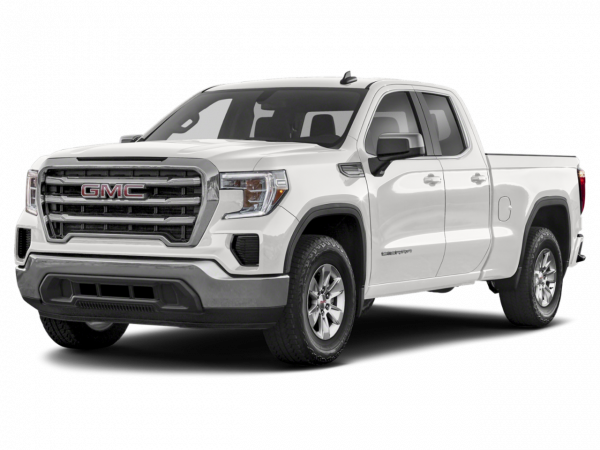 The pickup truck has long been a mainstay of American byways and highways, and GMC has been there from day one. Originally used and respected by farmers, construction workers and small-business owners, GMC's hauler was a basic workhorse known for its reliability and longevity. More recent times have seen GMC's full-size truck adopt the name Sierra. And thanks to a variety of body styles, powertrains and trim levels, the Sierra is as adept at serving as the weekday family car as it is at transporting home-improvement supplies or towing a boat on the weekends.

Older versions of the GMC Sierra 1500 pickup have been praised for their strong work ethic, but soundly criticized for their bland, cheap cabins. With the newer generations, however, fit and finish is notably better. Of course, there are other choices in the full-size pickup truck market, but the Sierra 1500 remains a solid pick no matter what the intended use.

Current GMC Sierra 1500
Redesigned for 2014, the latest GMC Sierra 1500 is both trimmer and stronger than before. The V6-powered regular cab truck, for example, is about 250 pounds lighter this year while the engine lineup, particularly the V6, benefits from higher output and efficiency. Other changes for the new Sierra 1500 include revised suspension tuning for a smoother ride, forward-hinged rear doors on extended cab models and newly available safety features.

This full-size pickup is offered in regular cab, extended (double) cab and crew cab body styles with various bed lengths. Trim levels consist of base, well-equipped SLE, luxurious SLT and off-road-oriented Z71, and there is a choice of either two- or four-wheel drive.

All but the SLT come standard with a 4.3-liter V6 that makes 285 horsepower and 305 pound-feet of torque, enough muscle to tow up to 7,200 pounds. The 5.3-liter V8 (standard on the SLT and optional on other Sierras) makes 355 hp and 383 lb-ft of torque. Both engines come matched to a six-speed automatic transmission.

The new V6 is vastly superior to the old V6, not only in terms of power and performance but also refinement. Of course, the 5.3-liter V8 delivers strong acceleration as long as you're not shy about laying onto the gas pedal when needed -- it has a rather lazy response otherwise. The six-speed automatic provides smooth and timely shifts and the Sierra 1500's towing performance is commendable.

Overall ride and handling dynamics are solid, as the GMC Sierra 1500 feels robust structurally, yet compliant and comfortable over broken pavement. Models fitted with the Max Trailering package, however, have a noticeably stiffer ride that can grow tiresome. The newest Sierra is also very quiet, even at higher freeway speeds. On serpentine roads, the GMC goes around turns in a confident manner and its steering is well-weighted. Off road, the Sierra similarly feels composed.

Used GMC Sierra 1500 Models
The previous-generation GMC Sierra 1500 was produced from 2007 through 2013. There were three body styles (regular, extended and crew cabs), and trim levels ranged from no-frills "Work Truck" to ultra-plush Denali.

Powertrain choices through these years encompassed everything from an anemic 4.3-liter 195-hp V6 to a muscular 6.2-liter V8 with 403 hp. Most Sierras, however, were fitted with either a 295-hp 4.8-liter V8 or a 315-hp 5.3-liter V8. A four-speed automatic was initially standard across the board except on the Denali's 6.2-liter V8, which came with a six-speed unit. Eventually, the six-speed was fitted to the 5.3-liter V8 as well. Either rear- or four-wheel drive could be specified.

Calling cards of this GMC Sierra 1500 include strong performance, a refined and quiet ride (even with the heavy-duty towing package) and a comfortable, sensible cabin. The Denali was certainly plush, though it still didn't have the same space or high-end ambience of its Ford and Ram top-of-the-line rivals. Other potential downsides included minor ergonomic missteps and the hesitant downshifts of the four-speed automatic transmission. We had no such gripe with the excellent six-speed automatic, however, thanks to its smooth and on-point performance.

Potential buyers should be aware of the significant changes made throughout the years. For 2009, the Denali's 6.2-liter, 403-hp V8 with its excellent six-speed automatic became optional on select other trims. That year also saw the debut of Bluetooth, a back-up camera option that didn't require the optional navigation system, and the "XFE" (extra fuel economy) package for the crew cab. The following year, 2010, saw the 5.3-liter V8 get the six-speed transmission and variable valve timing, which both improved fuel economy slightly. The 6.0-liter V8 (367 hp and 375 lb-ft) that had been offered since 2007 was dropped that year while side curtain airbags, front seat side airbags and stability control all became standard across the board. Lastly, USB connectivity (standard on Denali) became optional on the SLE and SLT. For 2012, the navigation system was updated (now hard-drive-based) and trailer sway control joined the safety features list.

Before this was the popular 1999-2006 generation of the Sierra. Underneath the conservatively handsome styling, a family of new V8s debuted, ranging in size from 4.8 to 6.0 liters. They offered output ranging from 255 hp with the smallest 4.8-liter, to 345 hp from the high-output 6.0-liter V8 in the Sierra Denali. A base V6 was also available, but as expected, most Sierras came fitted with one of the V8s. A unique four-wheel-steering option (called QuadraSteer), debuted about midway through this generation and cut the truck's turning circle down significantly to 37.4 feet -- around 10 feet less than a typical full-size pickup – making U-turns and maneuvering in tight spots much easier . Unfortunately, QuadraSteer was discontinued for 2006 due to a low take rate, as buyers were put off by the high cost of this option.

Consumers more interested in function than flash should be happy with a half-ton Sierra from this era. The truck offered plenty of performance and work capacity, but was hampered by a dated cabin design fraught with cheap materials and below-average fit and finish.

The previous generation of GMC Sierra 1500 pickups ran from 1988-'98. Standard cab and extended cab body styles were offered, as was a crew cab, though the latter was actually from the previous 1981-'87 generation. Although six-cylinder and diesel V8s were offered, chances are strong that most GMC trucks from these years will have either a 5.0- or 5.7-liter V8 mated to a four-speed automatic. In keeping with tradition, one could choose either rear-wheel drive (indicated by a "C", e.g. "C1500") or four-wheel drive (indicated by a "K"). Trim levels for these C/K1500 trucks include the bare-bones Special, base SL, midlevel SLE and top-line SLT. Strengths of these trucks include powerful, durable powertrains, while weaknesses center on sketchy build quality and subpar materials within the cabin.