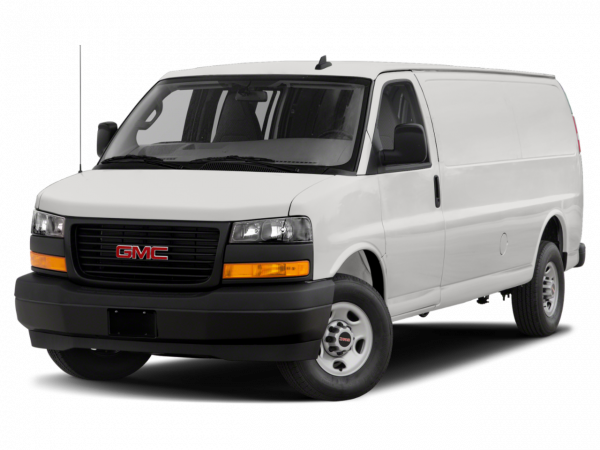 Though ostensibly anachronistic in today's world of SUVs, minivans and crossovers, the GMC Savana full-size passenger van still has its place for those who need to transport really large groups or lots of cargo. With maximum capacities that are double that of even the most commodious minivan, vans like the Savana are the vehicles of choice for large families, small-business owners and fleet operators.

Like every GMC product, the Savana is related to another General Motors product; in this case, it's the more well known and popular Chevrolet Express van. Both vans are a rolling testament to the "If it ain't broke, don't fix it" school of vehicle design, as they have been soldiering on for decades with only occasional updates.

Originally known as the "Rally wagon," GMC's full-size passenger van was renamed the Savanna in the mid-1990s. Interested shoppers will find that the current model's numerous wheelbase, powertrain and passenger configurations allow an appealing amount of customization.

If you're looking for a new or used van that's rugged, spacious and competent, the GMC Savana is a very good choice. However, those looking at new or late-model vans should also consider the Nissan NV and Mercedes-Benz/Freightliner Sprinter, as they offer several advantages over traditional American full-size vans.

The standard-wheelbase GMC Savana passenger van is available in half-ton (1500) and 1-ton (3500) configurations. The extended-wheelbase version (155-inch) is available only on the 3500. There are two trim levels: LS and LT. LS models are geared toward fleet service, while LT models come with more features and options (such as rear park assist and a rearview camera) to make them a little easier to live with. Passenger capacities range from eight to 15 people, depending on the model.

The Savana's cabin won't win any beauty contests, but it does offer efficiency. Ergonomics are good, with controls that are intuitive and easy to access. Despite the overall spaciousness of these vans, though, footwells are rather tight. Rear access can be enhanced with a sliding passenger-side door or a 60/40-split driver-side rear door. In reviews, we've found the GMC Savana's big V8 engines provide ample power, and its ride and handling characteristics are superior to its main Blue Oval rival, but inferior to the Mercedes-Benz Sprinter and Nissan NV.

Used GMC Savana Models
The GMC Savana is a single-generation vehicle, but current models have evolved relative to earlier versions. The last major update occurred in 1996, but there have been notable, mostly powertrain-related changes since. The biggest happened in 2003, when an enhanced lineup of powerhouse engines debuted (a 200-hp V6, 295-hp 5.3-liter V8 and 300-horse 6.0-liter V8) and all-wheel drive was offered for the first time. The standard transmission was a four-speed automatic. During this time, there was also a 3/4-ton 2500 version offered, as well as a luxury-themed Savana SLT trim.

For 2007, the V6 was dropped, while the V8s were upgraded to 301 hp and 323 hp, respectively. Used van shoppers should know that 2008 brought significant upgrades in the form of a refreshed interior and the standard fitment of stability control and side curtain airbags. For 2010 the 5.3-liter was bumped up to its current output and the 6.0-liter V8 got its current six-speed auto. The following year GMC introduced the 4.8-liter V8 engine for the 2500 series van and the optional 6.6-liter V8 turbodiesel for the 3500. For 2013, a couple of new options debuted, namely a navigation system, rear park assist and a rearview camera. Other than lacking the option of the CNG-fueled V8, these latter Savanas are identical to today's version.