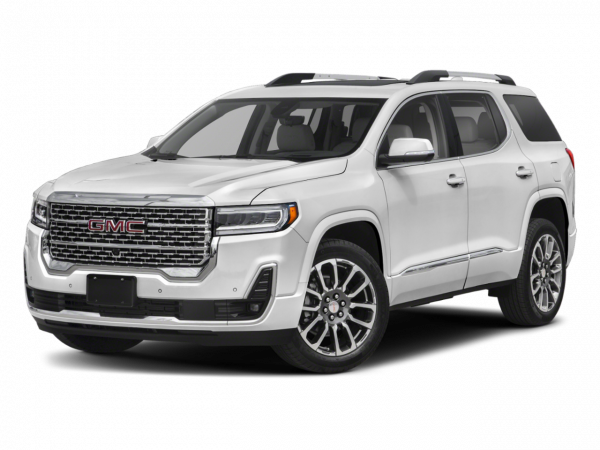 Building tough trucks for tough work has been the focus of GMC for years, but even GMC couldn't avoid the onslaught of the crossover SUV revolution. That's where the GMC Acadia comes in.

The Acadia is a large crossover SUV. Mechanically, it's very similar to its platform-mates -- the Buick Enclave, Chevrolet Traverse and now-discontinued Saturn Outlook. Thanks to its spacious interior, strong V6 engine and competitive price, the Acadia is one of the better crossover SUV choices. Although there were styling updates and a few other minor changes made for 2013, shoppers should know that Acadias from any year share most of the same pros and cons.

Current GMC Acadia
The GMC Acadia is a large crossover SUV that's offered in five trims: SLE-1, SLE-2, SLT-1, SLT-2 and Denali. Each comes with a 3.6-liter V6 engine that makes 288 horsepower and 270 pound-feet of torque. A six-speed automatic transmission and front-wheel drive are standard, but all-wheel drive is an option. Although even the base SLE-1 is fairly well-equipped, moving up through the trims brings luxuries such as Bluetooth phone connectivity, leather upholstery, heated seats, a navigation system, smartphone app integration and a panoramic sunroof.

The GMC Acadia is one of the roomiest crossover utility vehicles in its class, with seating for up to eight passengers. The second-row seats are captain's chairs, but a 60/40-split-folding bench is available as an option. Those second-row seats also slide 4 inches fore and aft and easily flip up and out of the way for access to the third-row seats. There's room for adults in the back two rows, though leg support is a bit lacking. With both the second and third rows folded down, the Acadia's substantial cargo space is topped only by minivans and extra-large SUVs like the Chevy Suburban.

In our road tests we've found the Acadia's handling respectable, especially considering the vehicle's large size, and its buttoned-down and quiet ride is particularly impressive. The V6 won't blow you away with its power, but it moves the Acadia out with decent authority. Overall, our editors feel that the GMC Acadia represents a compelling combination of functionality, luxury and value.

Used GMC Acadia Models
The GMC Acadia debuted for the 2007 model year. Its 3.6-liter V6 lacked direct injection until 2009, and hence was rated at a slightly lower 275 hp and 251 lb-ft of torque for its first two years of production. The transmission was reprogrammed for 2010 to address previous complaints of sluggish downshift response. That year also saw new features like Bluetooth connectivity, real-time traffic updates for the navigation system, and available heated and ventilated seats. The plush Denali trim debuted the following year.

For 2013, GMC heavily updated the Acadia. Changes included refreshed front and rear styling, improved interior materials and a new front-center airbag as well as larger, easier-to-use controls for the audio, climate and navigation systems. This year also brought GM's IntelliLink system, with its smartphone integration capability, as well as a slight shuffling of equipment and trim levels.