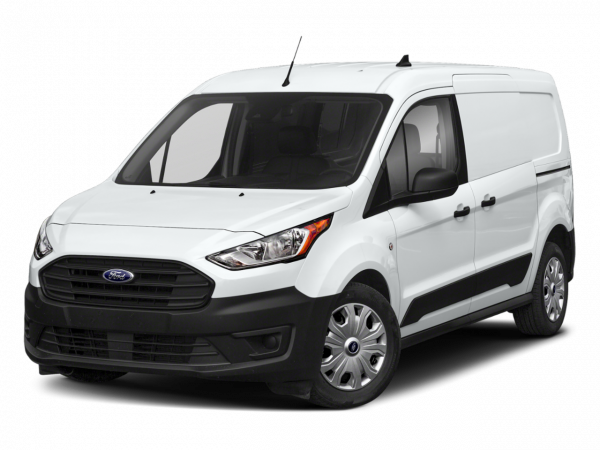 Suppose you're a business owner drawn to the form and function of a utility van like the Sprinter, but you operate in confined urban settings or just don't need its full-size capacity and full-size price tag. With the relatively compact and affordable Ford Transit Connect, your search could be over. This Euro-derived cargo (or passenger) van offers impressive functionality in a maneuverable and fuel-efficient package.

A scaled-down alternative to traditional full-size work vans, the Ford Transit Connect features a car-based architecture and an economical four-cylinder engine. Its payload and towing capacities are pretty meager compared to a regular van, but in return the Transit Connect should woo commercial buyers with its affordable price, maneuverable size and remarkably practical interior.

Standard power is provided by a 2.5-liter four-cylinder engine with 169 horsepower and 171 pound-feet of torque. A turbocharged 1.6-liter four with 178 hp and 184 lb-ft of torque is optional on select variants. Both engines send power to the front wheels through a six-speed automatic transmission. Fuel economy is quite good, as EPA estimated combined fuel economy ranges from 23-25 mpg.

While we've yet to spend any time behind the wheel of the latest Ford Transit Connect, we know enough to suggest that the standard 2.5-liter engine will likely prove adequate for most buyers' needs. We also expect this small van to possess relatively nimble handling, especially in short-wheelbase form. Check back for additional driving impressions as they become available.

Used Ford Transit Connect Models
The first-generation Ford Transit Connect was produced from 2010 through 2013. The front-wheel-drive compact commercial van was offered in two styles: Van (with or without side and rear glass) and Wagon. The former's rear compartment was strictly for cargo hauling, while the latter featured a bench seat for transporting passengers. Both came with dual sliding doors, though these could be deleted upon request. The trim levels (depending on year) consisted of XL and XLT for the Van, and XL, XLT and XLT Premium for the Wagon.

All models were powered by a 2.0-liter inline-4 with 136 hp and 128 lb-ft of torque, mated to a four-speed automatic transmission. EPA estimated fuel economy stood at a relatively frugal 23 mpg combined.

In reviews, we praised the first-generation Transit Connect's excellent cargo capacity and carlike maneuverability. The maximum payload is just 1,600 pounds, but the cargo area's 135 cubic feet of storage includes lots of useful vertical space. On the road, the Ford Transit Connect is extraordinarily agile for a work van, and its relatively compact footprint enables it to squeeze into spaces that full-size vans would have to pass up. The diminutive 2.0-liter engine struggles against the van's 3,500-pound curb weight, though the payoff is relatively impressive fuel economy.

Changes were minimal for this generation. The Wagon XL trim was only available the first model year, while the XLT Premium debuted for 2011. Most notably, stability control was made standard across the board for 2012; previously it was standard on the Wagon but optional on the Van.

Showing 1 through 10 of 52.00
Ford Transit Connect Reviews By Year: