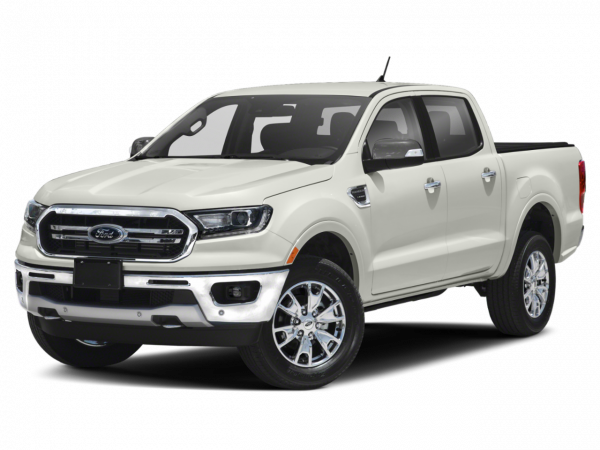 They say that in the event of Armageddon, the only thing to survive will be cockroaches. Well, there's a good chance you'd see some old Ford Rangers cruising around, too. This compact pickup truck soldiered on with relatively few revisions for nearly three decades. Of course, there were styling and interior overhauls over the decades, but the platform and most mechanicals underneath it all were practically Jurassic. Even those styling and interior updates dated back to the 1990s.

Older Rangers aren't quite as out of date compared to competitors of similar age. And given its wide choice of trim styles and lower pricing than comparable Japanese rivals, a well-maintained late-model Ford Ranger could be a good choice for a used pickup, provided you don't need a lot of passenger capacity or horsepower. But if you're looking for a relatively new used compact or midsize pickup, the Ford Ranger pales in comparison to other trucks with their more powerful engines, roomier crew-cab body styles and greater overall refinement.

Used Ford Ranger Models
The most recent generation of the Ford Ranger was produced from 2001 through 2011 and typically came in four different flavors: XL, XLT, Sport, and the off-road-oriented FX4. Depending on the year, there were also the monochromatic Edge, sporty STX and sound system-centered Tremor. Only standard and extended cab body styles were offered, as there was still no crew cab version.

Although nimble on- and off-road due to its true compact size, even this latest version of the Ranger was seriously dated in terms of features and available body styles. While its midsize rivals offered roomy crew-cab (four-door) models, more modern features and much more powerful V6 engines, the Ranger made do with standard and extended-cab configurations only, and relatively low-tech power plants.

The second generation of the Ranger ran from 1993 through 2000. Styling was less blocky than the first-gen truck and the cabin was likewise updated with less angular forms. Standard and extended cab body styles were offered, but they were joined by a stylish, flareside bed version dubbed the Splash. Under the hood was the expected choice of a four- or six-cylinder engine. Notable changes throughout this generation are the availability of four-wheel antilock brakes in 1995, a five-speed automatic transmission (versus four-speed) for V6 models in '97 and freshened styling for '98.

Introduced for 1983, the Ford Ranger started life as a standard-cab, four-cylinder compact pickup truck with a choice of two bed lengths. The mid-'80s saw the introduction of the extended-cab body style known as the "SuperCab," which offered jump seats that were best left to kids. The Ranger continued through the early '90s with minor upgrades to the powertrains and small cosmetic changes.