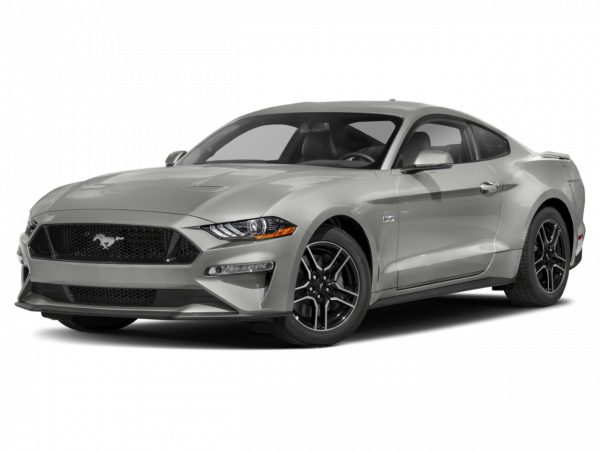 About as popular a household automotive name as you'll find, the Ford Mustang is the longest surviving of the affordable breed of classic American muscle cars. Sold always in coupe and most times in convertible and 2+2 fastback forms as well since its mid-1964 introduction, the Ford Mustang is the only one of the original pony cars to enjoy an uninterrupted production run. It hasn't been easy either, as oil crises, tightening emissions standards and corporate budget cuts have put the Mustang's future in doubt on more than one occasion. Ultimately, though, its iconic status within the Ford lineup and popularity with consumers have seen it through.

Of course, any car enthusiast worth his 10W-40 would love to have a classic Mustang in his garage. But even more recent vintages have plenty of appeal, while the latest Mustangs offer all the style and performance any car buff could want. The current-generation Ford Mustang in particular is easily the best ever from the standpoints of performance, refinement, features and day-to-day livability.

Current Ford Mustang
Introduced for 2015, the completely redesigned Ford Mustang marks the model's 50th anniversary. Technically, that would have been 2014.5, given the car's 1964.5 debut, but we can forgive Ford for rounding up and choosing to celebrate with an all-new Mustang. In addition to the expected V6 and V8 engines there is now an available turbocharged inline-4 that promises strong performance and fuel economy. Base and GT trim levels comprise the initial lineup. Ford plans a limited 50th-anniversary edition, based on a loaded GT and available in only two heritage colors – Wimbledon White or Kona Blue. Fittingly, only 1,964 examples of the latter will be built.

The base car's volume-selling 3.7-liter V6 should make 300 horsepower and 270 pound-feet of torque, while Ford promises that the GT's 5.0-liter V8 will make more than the outgoing V8's 420 hp and 390 lb-ft. The new EcoBoost 2.3-liter turbocharged four-cylinder will generate more than 305 hp and more than 300 lb-ft of torque. As of this writing, exact outputs of the engines were not yet available. All engines will be available with a six-speed manual or six-speed automatic (with paddle shifters). This year also brings an independent rear suspension, which promises better handling and ride characteristics than the old solid axle rear suspension, particularly on broken pavement encountered while cornering.

With its tri-bar taillights, fastback shape and sharklike nose, the styling embodies classic Mustang design cues without looking dated. Inside there are improved materials, more elbow room and a smaller steering wheel that tilts and -- finally -- telescopes. Despite the dramatic changes under the skin, the wheelbase and overall length are essentially unchanged from the outgoing car. The newest Mustang is about 1.5 inches lower and 1.5 inches wider, however, and the rear track grew by 3 inches. Curb weight is about the same as the previous-generation car.

We have yet to get full official information and seat time in the latest Ford Mustang, but will update this review as soon as we do.

Used Ford Mustang Models
The 10th-generation Mustang was produced from 2010 through 2014. Although still heavily related to the previous generation, this version had more modern styling, a higher-quality cabin, improved handling, standard stability control and new features such as Sync, an available glass roof and a rearview camera. There was a choice of V6 or V8 power and four corresponding trim levels: V6, V6 Premium, GT and GT Premium. A Boss 302 and limited-edition Boss 302 Laguna Seca were also offered within this run.

Initially, the powertrains were essentially carried over. As such, the 4.0-liter V6 made just 210 hp and 240 lb-ft of torque, while the GT's 4.6-liter V8 produced 315 hp and 325 lb-ft. Either could be matched to a five-speed manual or five-speed automatic transmission. Model year 2011, however, brought substantially more muscle under the hood and we would stick with used Mustangs from this year or later. The 3.7-liter V6 produced 305 hp and 280 lb-ft, and the new 5.0-liter V8 was good for 412 hp and 390 lb-ft. Either way, one could choose between a six-speed manual and a six-speed automatic transmission. For 2013, the GT's V8 got a slight boost to 420 hp, with torque remaining at 390 lb-ft.

Standard feature highlights for the base V6 included 17-inch alloy wheels, air-conditioning and a sound system with a CD player and auxiliary audio jack. The V6 Premium added leather upholstery, a power driver seat, Ford's Sync system and upgraded audio. The base GT was similar to the base V6 but with a V8 engine, 18-inch alloys, automatic headlights and a rear spoiler. The GT Premium echoed the V6 Premium's upgrades. Option highlights included suspension and brake upgrades, xenon headlights, a premium sound system and a navigation system.

In addition to the aforementioned powertrains, 2011 also brought larger brakes, revised suspension tuning and, for the GT convertible, a stiffer structure. The following year, the ultra-high-performance Boss 302 coupe debuted, packing a 5.0-liter V8 with 444 hp and 380 lb-ft. It also had 19-inch wheels, Brembo brakes, adjustable shock absorbers, a suede-wrapped steering wheel and retro-themed body stripes. There was also the limited-edition Boss 302 Laguna Seca (named after the famous American racetrack) with track-ready upgrades such as race-compound tires, a stiffer suspension and a rear seat delete.

For 2013, this Mustang received another, less significant makeover, with a Shelby-inspired grille, restyled front and rear fascias and updated taillights. That year also brought available Recaro sport seats, 8 more horses for the GT, hill-start assist (for cars with manual transmissions) and manual shift control for automatics. There were no changes for 2014 other than dropping the Boss 302 from the lineup.

In reviews, we noted that the 2011 and later V6 versions offered very spirited performance and entertaining handling. The V8 models, especially 2011 and later, provide thrilling acceleration that could give considerably more expensive sports machines a run for the money. But although better than the previous generation, the Mustang's interior still wasn't anything special given its abundance of hard plastic trim. There's also no telescoping steering wheel, which could make finding a comfortable seating position a bit tricky for some drivers. But with its variety of trim levels, choice of coupe and convertible body styles and plentiful punch under the hood, this Mustang has something for everyone. In general, any 10th-generation Mustang would make a fine choice for a used muscle car, though we'd advise going with a 2011 or newer model in light of the aforementioned updates.

Completely redesigned for 2005 and running through 2009, the ninth-generation Mustang moved to an all-new chassis after a 25-year run on the late-'70s-era Fox-body platform. Ford's pony car still used rear-wheel drive and a fairly basic solid-axle rear suspension, but ride quality and handling were more precisely controlled than on any previous Mustang. The car's styling paid homage to the famed Mustangs of the 1960s. Many materials were low in quality, however, as Ford sought to keep the price tag low as well. This version debuted with either a 4.0-liter V6 or a 4.6-liter V8. The underwhelming V6 produced 210 hp and 240 lb-ft of torque. It was coupled to a standard five-speed manual or optional five-speed automatic transmission. The V8 produced 300 hp and 320 lb-ft of torque.

Key updates included the availability of an auxiliary audio jack, satellite radio and a navigation system for 2007. The following year marked the introduction of the Mustang Bullitt, which added firmer suspension calibrations, high-performance brake pads, 18-inch wheels, mild styling tweaks and Highland Green or black paint. Its V8 produced 315 hp. Other changes for '08 included standard side airbags, while in 2009 the Mustang gained a glass roof option and standard satellite radio, among other items.

Previously, there were eight previous generations of the Ford Mustang, and given the car's sustained popularity over the years, older models are relatively easy to find on the used market. The eighth generation was sold from 1999-2004. This is the best of the Fox-body-based Mustangs, and like the current car, it offers a good blend of performance, fun and affordability. Downsides include rather crude handling characteristics (a consequence of the aged platform) and a cheap interior with an awkward driving position.

If you're shopping for an eighth-gen Mustang, our pick would be a GT from any year, as it offered a healthy 260-hp V8. If you're seeking something faster and rarer, consider the limited-edition Mach 1 (305-hp V8) or supercharged SVT Cobra (390-hp V8), which were sold in 2003 and 2004. The Cobra is the only Ford Mustang ever fitted with an independent rear suspension; it was also sold in '99 and 2000 but wasn't supercharged. Even rarer is the 2000 Cobra R, a race-ready, 385-hp Mustang coupe stripped of its rear seats and air-conditioning.

Going even further back are the seventh-generation Mustang coupes and convertibles, sold from 1994-'98. This car is very similar mechanically to the eighth-gen Mustang; the main difference is exterior styling. If you're thinking of buying one, 1996-'98 GT and SVT Cobra models might be preferable, as the '96 model year brought a new 4.6-liter, SOHC V8 that was much smoother than the outgoing 5.0-liter V8. Although horsepower held steady in the GT, the Cobra jumped from 240 to 305. The most collectible Mustang of this period is the '95 Cobra R, a 300-hp coupe without a backseat.