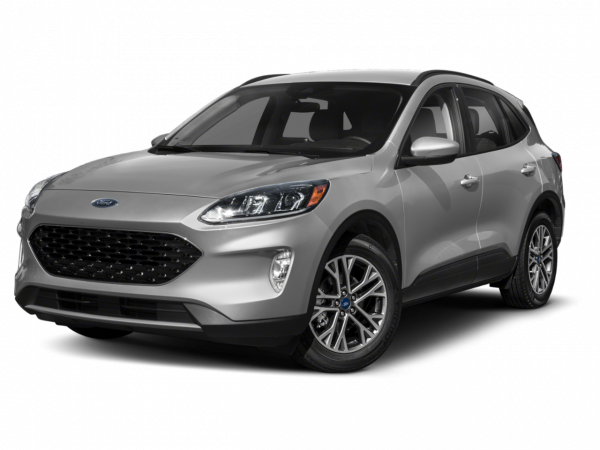 Since its introduction, the Ford Escape has been one of America's best-selling small crossover SUVs. Considering how many other vehicles are available in this segment (many of them well established before the Escape's debut), this may come as a bit of a surprise. But Ford has a keen knack for designing SUVs that appeal to a wide range of buyers.

With the original Escape, Ford successfully combined the styling and four-wheel-drive capability of a traditional SUV with the size, practicality and driving characteristics of a midsize car. For the urban dweller in need of something comfortable, versatile, fun to drive and capable of doing some light-duty off-roading or towing, it fills the bill perfectly. Of course, the Escape's affordability certainly boosted its appeal as well.

Although it received a significant freshening for 2008 that brought notable improvements to the interior, the Escape soldiered on with its original platform until 2013's complete redesign. The latter rebirth vaulted the Escape toward the front of the compact crossover class, as it offers an appealing combination of styling, performance, fuel efficiency, features and comfort. Prior to that overhaul, however, many rival compact SUVs offered more refinement as well as a more rewarding driving experience.

Many of the higher trims' features are available on the lower trims, while other options include a power panoramic sunroof, a power liftgate, a navigation system and a Parking Technology package (with automated parallel-parking assist and front and rear parking sensors).

Under the hood is a choice of three engines, all matched to a six-speed automatic transmission. Front-wheel drive is standard, and all-wheel drive is optional. Base Escapes come with a 168-horsepower 2.5-liter four-cylinder. Standard on the SE and Titanium is a turbocharged 1.6-liter, 178-hp four-cylinder. The most powerful engine is an optional turbocharged 2.0-liter, 240-hp four-cylinder engine. The 1.6 flies the fuel-sipper flag while the 2.0 offers performance on par with a V6 along with higher fuel economy.

In reviews, the newest Ford Escape has impressed our staff with its well-rounded road manners. The 2.5 and 1.6 engines provide adequate thrust, while the 2.0 is downright spirited. The latter flattens hills with less effort than the other two and is quieter and smoother to boot. The Escape can confidently tackle a winding road and the ride, though on the firm side, is compliant enough to take the edge off the bumps and ruts of poorly maintained city streets. Downsides to the new Ford Escape include an unexpectedly high price when fitted with options and the MyFord Touch interface, which is finicky to use.

Used Ford Escape Models
Sharing its basic platform with the highly regarded Focus, the latest Ford Escape debuted for the 2013 model year. Compared to earlier Escapes, it boasts roomier seating, higher-quality materials and a second-row seat that's much easier to fold down compared to before. The latest engine selection and features debuted at this time as well. Since then, there have been only minor updates. In that debut year, Ford offered an intermediate SEL trim level and had the 2.0-liter turbocharged engine as standard for the Titanium.

The second-generation Ford Escape was produced from 2008 through 2012. Changes over the first Escape were limited to interior and exterior design. The body adopted Ford's newer styling themes seen in the Edge and Expedition, while the cabin offered a more contemporary look with improved ergonomics and more available luxury features.

Any Escape could be had with either front- or all-wheel drive. Engine choices were carried over from the previous generation initially, meaning a choice of the 153-hp four-cylinder or the 200-hp V6, and both ran through a four-speed automatic transmission. For 2009 the powertrains were improved greatly, as the four-cylinder made 171 hp while the V6 pumped out 240 hp. Although a five-speed manual transmission could be had on the XLS, it's a rarity and as such, nearly all Escapes used a six-speed automatic. There was also a hybrid version of the Escape, which is covered in a separate review.

In reviews, we've found this Escape's strengths to be its wealth of high-tech features and peppy performance. Downsides included poor braking performance, an awkward-to-fold rear seat and a somewhat dated feel compared to newer rivals. That said, this generation of the Escape (as well as its Mazda Tribute and Mercury Mariner twins) remains worthy of shoppers interested in a well-rounded compact crossover.

The Ford Escape was introduced in 2001, and its basic exterior and interior design remained unchanged through '07. It was initially available in XLS, XLT and XLT Sport trims that were joined by the leather-lined Limited a few years later. Ford Escapes were equipped with a rather anemic base engine – a 2.0-liter four that made 130 hp -- until '05 when it was replaced by a 2.3-liter four that made 153 hp. This first-generation Escape also offered an optional V6 that made 200 hp. Although the four-cylinder engines could have a five-speed manual, most had the optional four-speed automatic that was standard on the V6.

Considering how many of these Escapes were sold, shoppers should have plenty of opportunities to be choosy and find a used model that suits them. First-year Escapes were tarnished by numerous recall notices. Though likely resolved at this point, going with a 2002 or newer model might be a good idea. Potential buyers of this first generation of Escape should note that its interior materials were of poor quality, with cheap, hard plastics everywhere.