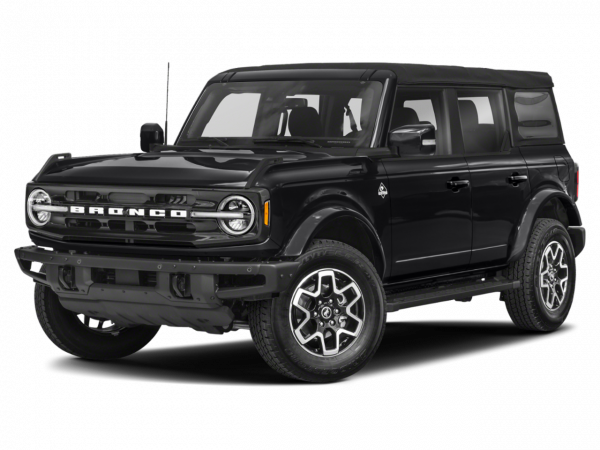 Until the mid '90s, the Ford Bronco was famous for being a rough-and-tumble off-road vehicle that had been tackling trails and fording streams since the 1960s. It was also one of the first sport-utility vehicles: a versatile truck then described by Ford as being able to "serve as a family sedan, sports roadster, snowplow or farm and civil defense vehicle."

Made from 1966-'77, the original Ford Bronco was essentially a compact two-door SUV best suited for off-roading duties like a Jeep CJ, but not towing. By the time the 1970s rolled around, however, it became greatly outclassed by the full-size Chevy Blazer, which prompted Ford to switch the Bronco to a larger body style as well. Nevertheless, the original compact Bronco remains a favorite among off-road enthusiasts.

For 1978, the Bronco grew up, adopting the "indestructible" F-Series platform to bump it into full-size territory. But this Bronco is rare, for it was redesigned once again for 1980 along with the F-Series. Although changes were made over the years to the powertrain, body styling and interior, this third-generation Bronco essentially lasted until it was put out to pasture in 1996.

Of course, no discussion about the Bronco would be complete without a mention of the Juice. Or, more specifically, O.J. Simpson riding shotgun in friend Al Cowlings' 1993 white Ford Bronco as they led police on a slow-speed tour of greater Los Angeles. Beyond proving that it makes a lousy getaway car, the O.J. fiasco certainly put the Bronco forever in pop culture. Although not quite at DeLorean or orange Dodge Charger iconography, owning a late-model white Ford Bronco is bound to elicit the odd chuckle, thumbs-up or inquiry of "did it come with the bloody glove package?" from friends and passers-by.

Unlike future SUVs, the Ford Bronco was very much a truck designed with off-roading in mind. It was available in a singular two-door body style that featured a fiberglass rear roof section that could be removed (albeit with a fair amount of effort).

The Bronco underwent its final refresh for 1992, including a new grille and more rounded front end. A new instrument panel and seat styles also debuted that kept the Bronco consistent with the F-Series pickup. This Bronco design lasted until the model was cancelled in 1996.

These Broncos were available in a base trim (first known as Custom, then XL), as well as XLT and Eddie Bauer versions. There was a Nite package available in 1992 that featured XLT equipment but with an all-black body. The initial standard engine was a 4.9-liter inline-6 good for 145 horsepower and 265 pound-feet of torque. A five-speed manual transmission was standard, and a four-speed automatic was optional.

The Ford Bronco remains to this day one of the sturdiest full-size SUVs around. Well-maintained examples would be a good choice for off-roading duties, although its now-ancient underpinnings make it a lousy choice on-road. The numerous paint options (including two-tone and monochrome Sport options) mean that finding a relatively unique Bronco should be fairly easy.

There were three generations of Ford Bronco, with the final generation undergoing continuous changes from its introduction in 1980. There were significant styling changes made for 1982, 1987 and 1992, with the latter two years including interior changes as well. This generation (until 1993) featured a standard six-cylinder engine with a pair of optional V8 engines.

The second-generation Bronco was produced only for 1978 and '79, but in those years it rewrote the book on full-size "SUVs." It was based on the 1973-'79 F-Series and was intended to be introduced at the same time, but the OPEC oil embargo pushed back its introduction. By the time it debuted, Ford was already hard at work on its replacement, which would be lighter, more fuel-efficient and cheaper to make. Nevertheless, the second-generation Bronco is a rare, sought-after truck, admired by off-roaders for its solid front axle and torquey standard V8 engine.