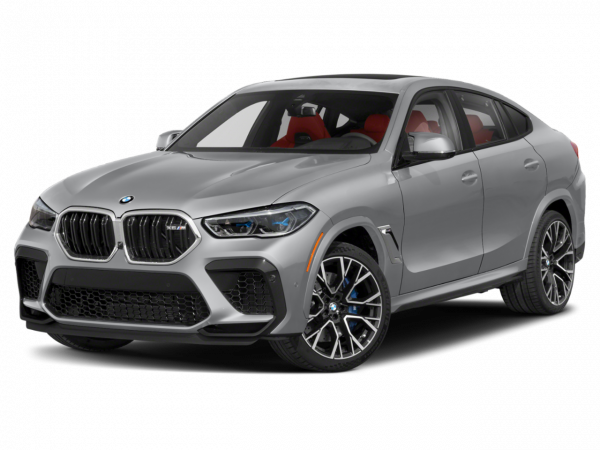 BMW likes to call its X6 a "Sports Activity Coupe," but perhaps "fastback SUV" would be a more appropriate description. Based on the previous-generation BMW X5, this four-door midsize crossover has a dramatically downward-sloping roof line, evoking the timeless profiles of classic fastback coupes (or, less charitably, the Pontiac Aztek). Not surprisingly, style trumps utility here, as the X6 offers limited rear headroom and cargo volume.

For the overtly style-conscious, these shortcomings will likely be of little consequence. BMW has given the X6 a potent range of engines and handling abilities that far exceed expectations. As a utility vehicle, the X6 obviously falls short -- but as a high-riding performance "coupe" with room for four adults, it continues to hold a quirky sort of appeal.

Current BMW X6
The BMW X6 comes in two trim levels: xDrive 35i and xDrive50i. The xDrive35i's 3.0-liter turbocharged inline-6 pumps out 300 horsepower and 300 pound-feet of torque, while the xDrive50i's 4.4-liter turbocharged V8 bristles with 400 hp and 450 lb-ft of torque. The sole transmission is an eight-speed automatic. If these specs leave you unimpressed, you may want to check out the completely absurd X6 M, which is discussed in a separate review.

All X6 models are equipped with all-wheel drive and a trick torque distribution system called Dynamic Performance Control. This system apportions varying amounts of power to each wheel in order to maintain optimal traction and directional stability.

The xDrive35i comes standard with such luxuries as adaptive xenon headlights, a power liftgate, leather upholstery, power front seats, the iDrive electronics interface and a 10-speaker audio system. The xDrive50i ups the ante with a turbocharged V8, upgraded front seats and a navigation system. As with most BMWs, the options list is both extensive and pricey.

The X6's styling isn't for everyone, but it manages to set itself apart with the fastback roof line, huge wheels and other sporty styling cues. Inside, the BMW X6 boasts comfortable seats, an excellent driving position and high-quality materials, though the control layout can be befuddling. Rear dimensions are compromised because of the low sloping roof line, but two adults will be happy in back -- provided they aren't unusually long of torso. Should you need to carry another person, an optional three-place bench can be specified instead of the standard two-seat layout. Cargo capacity, while adequate, is considerably below average for the midsize crossover SUV segment.

In reviews, our editors have lauded the X6's sprightly performance, especially in xDrive50i trim. BMW claims the latter can accelerate from zero to 60 in just over 5 seconds, making it one of the fleetest SUVs on the road. The V8's throaty exhaust burble belies its sophisticated turbocharged character. In either trim, the X6 handles extraordinarily well for such a tall and heavy vehicle. It's worth noting, however, that the more versatile X5 crossover offers most of the X6's performance for thousands less.

Used BMW X6 Models
The BMW X6 was an all-new model for 2009. That first year had the older and fussier version of the iDrive electronics interface, and the transmission was a six-speed automatic for both 2009 and '10. For 2010 only, there was a performance upgrade option that cranked the six- and eight-cylinder engines' outputs up to 320 hp and 440 hp, respectively.

For 2011, the xDrive35i received a new, more fuel-efficient turbocharged six-cylinder that made the same power as the previous version. The X6 was strictly a four-passenger vehicle until 2012, when a three-passenger seat option debuted. Mild exterior styling changes debuted for 2013, including standard LED taillights and optional LED headlights.