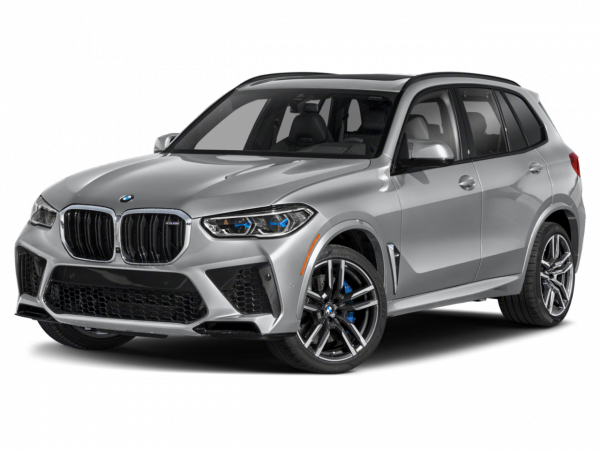 The BMW X5 was this German automaker's first entry into the luxury SUV segment. Realizing that most SUV buyers rarely, if ever, venture off-road, BMW designed the X5 for on-road performance and handling. Short overhangs, a relatively compact size (the original was 4.5 inches shorter than the 5 Series sedan of the time) and car-based underpinnings combined to give the X5 its superb on-road performance. Built at BMW's first American assembly plant in South Carolina, the X5 quickly became a huge hit for BMW in the U.S.

The first-generation BMW X5 only sat five people, a disappointment for those who wanted greater capacity. This concern was addressed with the second-generation model, which offered a third-row seat and room for seven, along with more cargo capacity. Despite this growth, the X5 remained very entertaining to drive as luxury SUVs go. The latest, third-generation X5 stays the course with subtle, evolutionary changes that fortify the X5's standing as a fine choice, new or used, for a midsize luxury SUV that seats five or seven.

Current BMW X5
Redesigned for 2014, the current BMW X5 remains about the same size and weight as the previous-generation model and looks mostly similar. The most noticeable visual difference involves the blended-into-the-grille headlights. Among the improvements are a slightly roomier cabin, a second-row seat that is split into 40/20/40 sections and the adoption of the eight-speed automatic transmission for the diesel-powered engine.

The three main trim levels are the familiar 35i, 35d and 50i, with the numbers indicating what's under the hood. The "sDrive" moniker refers to rear-wheel drive (35i only), whereas "xDrive" indicates all-wheel drive, which is optional for the 35i and standard on the other versions.

On the road, the third-generation X5 exhibits virtues like sharp steering, competent handling, a supple ride and effortless high-speed interstate cruising. The interior is elegant, with solid construction and high-quality materials. Models with the upgraded and extended leather options are particularly impressive. From the driver seat, you're presented with classic BMW gauges and a large central display screen with crisp graphics. The front seats are nicely shaped and adjust for a wide range of body types.

Utility can also be a concern, though. The second-row seats are comfortable, but rear legroom is merely adequate. Although it increases seating capacity to seven, the optional third row is even more cramped and really only accommodates children. All things considered, however, the latest X5 is a great choice for a midsize luxury crossover SUV.

Used BMW X5 Models
The second-generation BMW X5 was introduced for the 2007 model year and ran through 2013. This X5 was bigger, more luxurious and smoother riding than its predecessor. This X5 was initially available as the 3.0si (260-hp 3.0-liter inline-6) and the 4.8i (350-hp 4.8-liter V8). Both had six-speed automatic transmissions. These models were renamed xDrive30i and xDrive48i for 2009, the same year the turbodiesel (265-hp) xDrive35d debuted. The term "xDrive" refers to the standard all-wheel-drive system.

The following year BMW updated the iDrive interface, while 2011 ushered in the new turbocharged 3.0-liter inline-6 and 4.4-liter V8 gasoline engines, whose outputs stood at 300 and 400 hp, respectively. The gas engines had an eight-speed automatic transmission, while the turbodiesel stayed with the older six-speed automatic. At that point, the model lineup consisted of the X5 xDrive35i, X5 xDrive50i and X5 xDrive35d. For 2013, an M Performance package debuted; in addition to cosmetic upgrades, it added 15 hp to the xDrive35i and 40 hp to the xDrive50i. The even higher-performance BMW X5 M model was offered from 2010-'13 and is reviewed separately.

These BMW X5s offer a fair amount of utility thanks to standard all-wheel drive and an optional third-row seat. They're also quite sporty, as they infuse spirited acceleration and Bavarian handling chutzpah into the high-riding body of a family-friendly crossover SUV. As such, these second-gen X5s remain very attractive for those who want the "S" in SUV to actually mean something.

In Edmunds road tests, our editors found this X5's handsome cabin very accommodating, with comfortable seating for the first two rows. Materials and build quality were top-notch, and the iDrive system by this time had become one of the better multifunction electronics interfaces available. The heavy steering at low speeds and a smallish "kids-only" third-row seat are the only sour notes in this otherwise sweet midsize SUV.

The original, first-generation BMW X5 was produced from 2000-'06. It was initially offered with one engine only: a 4.4-liter V8. A 3.0-liter inline-6 debuted the following year. Though the six-cylinder offered superior fuel economy and adequate overall performance, it was often criticized for its lack of off-the-line grunt. The 4.4i reached 60 mph in less than 8 seconds. One note to buyers looking at a first-year BMW X5: All X5 models manufactured after June 2000 (starting with the '01 model year) benefited from important structural changes that improved occupant protection in frontal crashes.

In 2002, the high-performance BMW X5 4.6is debuted, boasting a 4.6-liter V8 making 340 hp and 350 lb-ft of torque. The midlevel X5 4.4i saw an 8 hp increase to 290 for the year. Towing aficionados welcomed a new version of the stability control system that aided trailer towing, and BMW finally made a CD player standard in its luxury SUV.

In 2004, the first-generation X5 received its most extensive update. A new front fascia received BMW's signature corona ringed headlamps, optional adaptive headlights and new foglamps. The year also marked the introduction of BMW's new all-wheel-drive system, xDrive. Compared to the previous setup, xDrive was far more capable, with its ability to transfer 100 percent of the engine's torque to one individual wheel. (The old system could only distribute torque front to rear.)

In reviews, we typically praised the first-generation BMW X5 for its carlike ride and handling, its wide range of engine choices and its top safety scores and equipment. Oft-noted downsides included its lack of off-road ability and small cargo area.