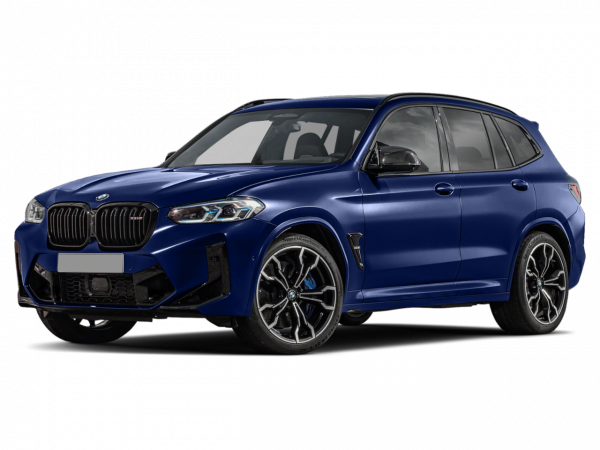 New or used, the BMW X3 is a great option for premium crossover shoppers who want extra doses of sport and class. As expected in this segment, the two-row X3 offers a high seating position, all-wheel-drive traction and abundant equipment. However, it goes a few steps further with sweet performance-bred engines, above-average handling and genuinely upscale interior appointments.

Now in its second generation, the current BMW X3 is a much-improved vehicle, but it also has significantly more competitors than it used to. As such, the X3 isn't the easy choice it once was. It's still a class leader, though, and many years of the first-generation X3 are solid bets as well. If you're looking for a luxury crossover that's not too large, the BMW X3 certainly belongs on your short list.

Current BMW X3
The current X3 is available in sDrive28i, xDrive28i, xDrive 28d or xDrive35i trim. In BMW-speak, "sDrive" means rear-wheel drive and "xDrive" means all-wheel drive. The 28i models are motivated by a 2.0-liter turbocharged four-cylinder engine that makes 240 horsepower and 260 pound-feet of torque. The 28d switches to a diesel-powered four-cylinder rated at 180 hp and 280 lb-ft. The 35i boasts a turbocharged 3.0-liter inline-6 good for 300 hp and 300 lb-ft of torque. Every X3 features an eight-speed automatic transmission.

While the X3 may be smaller and cheaper than the hefty X5, you won't feel short-changed inside. The same high-quality materials and construction are present, while standard luxuries on the xDrive28i include a power liftgate, eight-way power front seats, the iDrive electronics interface and a 12-speaker audio system with iPod/USB connectivity. The xDrive35i is similarly equipped but adds adaptive xenon headlights and a panoramic sunroof as standard. All X3s come standard with Driving Dynamics Control, which provides adjustable drive settings that alter the suspension, steering, transmission and throttle calibrations.

In reviews, we've consistently found the current BMW X3 to be one of the most appealing luxury crossovers in its class. For those who want an ample dose of driving fun, it's very tough to beat -- especially if you're willing to pony up for the 35i's remarkably powerful and refined engine. For fuel economy fans, the xDrive28d delivers well over 30 mpg on the highway. Although the ride is rather firm, the X3 nonetheless excels at soaking up bumps, while its trademark sharp handling remains a strong suit. The competition's stiffer than ever in this segment, but the current X3 is definitely a top contender.

Used BMW X3 Models
The current, second-generation BMW X3 debuted for 2011. Styling changes from the first generation are subtle, but the X3 is a little bigger this time around, with a gentler ride, a considerably fancier interior and improved power and efficiency.

For its first two years of production, the xDrive28i featured a naturally aspirated inline-6 engine (240 hp and 221 lb-ft) that was turbine-smooth but less fuel-efficient than the turbo-4. The new base engine arrived for 2013, as did standard Driving Dynamics Control and power operation for the liftgate (both previously optional). The xDrive28d and the rear-drive sDrive28i weren't introduced until the 2015 model year, which also marked the advent of a few new features and minor exterior styling changes.

Throughout its run, the first-gen BMW X3 provided generous seating space (even for taller adults) and a spacious cargo area. Like the current car, it was also known for being one of the most fun-to-drive SUVs on the market. However, earlier examples were criticized for their unyielding ride and austere interior appointments. Both shortcomings were addressed in the overhaul for 2007, which also brought mild styling tweaks. Accordingly, we advise admirers of this generation to focus on the 2007-'10 models.