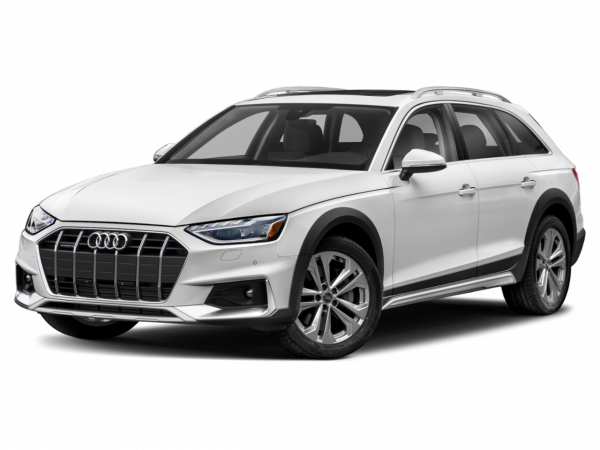 The Audi Allroad was one of the first vehicles to bridge the gap between wagons and SUVs. Originally offered at the beginning of the 2000s, the Allroad was a more robust take on Audi's luxurious A6 wagon. Although it was stylish and had a handsome, well-trimmed cabin, that first Allroad suffered from a stiff ride and poor fuel economy.

The following generation of the Audi Allroad made a lot more sense. Based on the discontinued A4 Avant wagon, it was smaller, lighter and much more fuel-efficient. However, the positive attributes of its Allroad forebear remained intact, including greater ground clearance (compared to the standard wagon) that allowed light off-roading and created more SUV-like styling. As such, a second-generation Allroad's combination of reasonable exterior dimensions, decent cargo space, good fuel economy and light-duty off-road capability make it a potential good fit for shoppers looking for something functional, yet still distinct, from the status quo.

Current Audi Allroad
Based on the Audi A4 sedan, the Allroad is essentially an A4 wagon with SUV-like styling cues and a higher ride height (which increases ground clearance). With seating for five, the Audi Allroad is offered in three trim levels: Premium, Premium Plus and Prestige. Under the hood is a 2.0-liter turbocharged four-cylinder that produces 220 horsepower and 258 pound-feet of torque. An eight-speed automatic is the only available transmission and sends power to all four wheels through "Quattro" all-wheel drive.

Feature highlights for the base Premium trim include 18-inch wheels, a panoramic sunroof, leather upholstery, automatic climate control, Bluetooth phone connectivity and iPod integration. The Premium Plus trim adds bi-xenon headlamps, a power liftgate, heated front seats, three-zone automatic climate control and driver memory functions. The Prestige tops it off with adaptive headlamps, keyless ignition/entry, a blind-spot warning system, a rearview camera, a navigation system, a premium sound system and the Audi Connect system, which includes Google maps and in-car WiFi. Many of the features available on upper trims are available as options on the lower ones.

With the exception of the elevated height, the Audi Allroad rides very much like the Avant wagon it replaced a few years ago. That means an artful blend of cushioned luxury and athletic handling that will likely please all types of drivers. In terms of off-road prowess, the Allroad is not intended for rugged rock-crawling adventures, but rather dirt roads and mild off-highway excursions. More appropriately, it provides a level of surefootedness in adverse weather conditions on pavement.

On the inside, the Allroad delivers the type of accommodations that Audi has become synonymous with. Its interior design is a model of understated elegance and uses top-notch materials throughout. Adult-sized passengers will find all seats pleasantly spacious and comfortable, but cargo space is merely average for this class. Audi's MMI interface does a good job of controlling the many infotainment functions, but its standard placement on the dash is not especially ergonomic. When equipped with navigation, MMI migrates south to the center console, which is preferable. All told, the Audi Allroad represents a fine alternative for those who would rather not step up to a larger SUV, yet demand more utility than a typical wagon.

Used Audi Allroad Models
The current-generation Audi Allroad debuted as a 2013 model, but is very similar to the Audi A4 Avant wagon it replaced and which debuted for 2009. Both are wagon versions of the A4 sedan, but the Allroad differs with unique body cladding and a taller ride height with corresponding ground clearance. Apart from having slightly less power (211 hp versus 220) and both Bluetooth and an iPod interface being optional rather than standard, this Allroad is similar to today's car.

The first-generation Audi Allroad (officially known as the Allroad Quattro) debuted as a 2001 model and was based on the midsize A6 sedan. As a result, this Allroad wagon was larger in every dimension than the current model. Supplying power to all four wheels was a turbocharged 2.7-liter V6 that produced 250 hp and 258 lb-ft of torque. A six-speed manual transmission was standard, with a five-speed automatic available as an option. One of the distinguishing features on the Allroad at the time was an adjustable suspension that could raise and lower the ride height by 2.6 inches. This gave drivers the choice of off-road clearance or greater on-road handling.

By and large, changes throughout the first-generation Audi Allroad were slight. The most significant addition was an available 300-hp V8 that debuted in the 2004 model year. That engine was paired with a five-speed automatic transmission. Minor changes included an available heated steering wheel and OnStar telematics for 2002 and optional satellite radio in '04. In 2005 -- its final year -- OnStar was dropped and the trademark black fender panels were then painted to match the rest of the body.

Throughout its run, the first-generation Audi Allroad maintained its position as an alternative to larger luxury SUVs. To its detriment, however, the Allroad lacked the level of comfort and flexibility that those SUVs offered. Furthermore, the Allroad was more expensive than those rivals. In reviews, we deducted points for the base V6 engine's pronounced turbo lag under acceleration, the suspension's rather harsh ride quality over bumps and less-than-admirable fuel economy figures. These are all items of contention that should be taken into account when considering a used Allroad.

Showing 1 through 3 of 3.00
Audi allroad Reviews By Year: