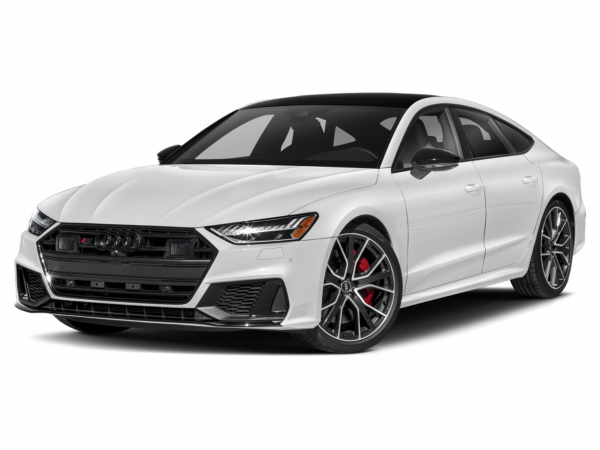 The Audi S7 is a recent entry in a category luxury automakers have dubbed the four-door coupe. Although these cars boast sleek fastback styling, traditionalists will argue that any car with four doors is a sedan. That matter of semantics certainly applies to the S7, which goes one step further by offering the practicality of a large hatchback that opens up to a large cargo area. Although we're not sure how to classify it, we can say without hesitation that the Audi S7 is one appealing automobile.

The S7's attraction begins with its crisp styling, which it mostly shares with the A7 model on which it's based. Add in its subtle but decidedly aggressive styling cues and the S7 stands as a definite head-turner compared to more conventional sedan designs. As if that weren't enough there's the energetic 420-horsepower twin-turbocharged V8 and an air suspension with variable damping. The latter manages to deliver an exemplary balance between ride comfort and sharp handling. These significant upgrades make the Audi S7 a car that has both the style and the muscle to go toe-to-toe with any of its European four-door coupe rivals.

Current Audi S7
The Audi S7 is a performance-oriented midsize four-door hatchback with a four-passenger interior. It is offered in a single well-equipped trim level known as Prestige.

Powering the S7 is a twin-turbocharged 4.0-liter V8 making 420 hp and 406 pound-feet of torque. It features cylinder deactivation technology for improved fuel economy. A seven-speed automated dual-clutch manual transmission and all-wheel drive are standard. Audi claims the S7 can sprint from zero to 60 mph in just 4.5 seconds. Fuel economy for such a large, fast car is surprisingly good, as the EPA combined estimate stands at 20 mpg.

Inside, the S7 features the handsome design and top-shelf materials for which the brand has become known. There's technology galore at your fingertips as well, from the available night vision display and in-car WiFi connectivity to an optional lane departure warning/assist system and Audi's Pre-Sense plus, which can detect an impending collision and warn the driver or even apply the brakes automatically. The only notable negative is that the low roof line limits headroom for taller rear seat passengers.

On the road, everything comes together seamlessly to create a car that manages to be equal parts exhilarating and luxurious. Acceleration is impressive, with the twin-turbo V8 delivering maximum thrust without hesitation. The adaptive air suspension is equally satisfying, as it manages to provide athletic handling on a winding mountain road while also giving a supple ride when tooling down the interstate.

Used Audi S7 Models
Introduced for 2013, the Audi S7 has been essentially unchanged since, save for minor equipment shuffling.