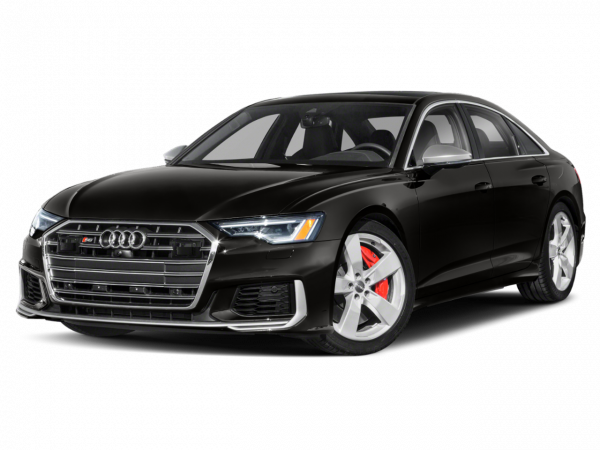 Fast four-door sedans have been around forever, but the Audi S6 provides an enticing mix of people-friendly room, blistering speed, all-weather traction and brand-name cachet. Four generations of the S6 have graced our shores to date, though their sporadic appearances and truncated lifespans sure bring new meaning to the term "limited edition."

From the start, the S6's mission has been to be an extra-special, high-performance version of Audi's already special A6. It was achieved with more power, a sportier suspension and upgraded tires and brakes. The S6 has always been generous with the luxury content expected of Audi, and its midsize dimensions make it one of the better Audis for seating multiple passengers. Just keep in mind that the S6 focuses on performance, and as such its ride quality is harder-edged than that of other Audi vehicles.

Current Audi S6
Front and center for the newest Audi S6 is a twin-turbocharged 4.0-liter V8 that's rated at 420 horsepower and 406 pound-feet of torque. All of this is channeled through a seven-speed automated dual-clutch manual transmission and distributed to all four wheels. Audi estimates this midsize luxury sport sedan will sprint to 60 mph in just 4.5 seconds.

As with any Audi, the S6's interior features the type of understated luxury that the brand is known for. With its uncluttered design aesthetic and top-notch materials, the cabin is as functional as it is attractive. On top of this, standard and optional features include a sport-tuned adaptive air suspension with variable damping, adaptive cruise control, various driver and safety assistants, night vision, carbon-ceramic brakes, adaptive LED headlights, mobile WiFi, massaging seats and a navigation system with touchpad and handwriting recognition.

Behind the wheel, the S6 effectively splits the difference between big-motor luxury sedans and maniacal ultra-performance models. In this way, it may not offer the sports car acceleration and handling of the latter, but it's also more comfortable and suitable for occasionally taking Mom out for a Sunday drive.

Used Audi S6 Models
After a one-year hiatus, the S6 returned for 2013. This represents the fourth generation of the performance-focused version of the A6. Compared to the previous, V10-powered S6, this one offers similar road-burning performance along with greater fuel efficiency and a less nose-heavy front end that contributes to improved handling. Other than lacking a standard blind-spot warning system and power-folding mirrors (which were optional), this S6 is identical to the current version.

The third-generation Audi S6 was produced from 2007-'11. Of all the iterations, this was perhaps the most maniacal, as it was powered by a Lamborghini-sourced 5.2-liter V10. Although it was detuned, it still produced 425 hp and 398 lb-ft of torque. The sole transmission offered was a six-speed automatic. Despite this impressive-sounding pedigree, this S6 was unfortunately disappointing. In the end, it was slower than the supercharged V6-powered A6 3.0T, and lagged even further behind its contemporary rivals.

In the handling department, it didn't fare any better. With 59 percent of its weight up front, the car suffered from significant understeer. It wasn't particularly comfortable either, as standard 19-inch wheels and a stiffly calibrated sport suspension produced a bone-jarring ride. Overall, competitors such as the BMW M5 or Cadillac CTS-V would be a better choice for a midsize sport sedan. Over its four-year run, this S6 saw few changes. There were slight styling tweaks for '09, while the MMI electronics interface and navigation system were given a welcome upgrade for 2010.

Available only for 2002-'03, the second-generation S6 featured a torquey 4.2-liter V8 whose 340 horses were made more accessible by a five-speed Tiptronic automatic transmission. Oddly, this edition of the S6 came as an Avant (Audi-speak for "station wagon") only, which was partly responsible for its 2-ton curb weight and scarce availability.

Zero-to-60-mph acceleration was in the low 6-second range, and the car's lowered and stiffened suspension and 17-inch wheels and tires made it a potent handler, with grip similar to that of the current S6. Other pluses included its opulent interior and ample standard features list; the wagon's big drawback was its unimpressive gas mileage. Though hard to find, a used second-generation Audi S6 wagon offers an intriguing blend of performance and utility.

Born at a time when Audi's model-naming system was in flux, the first-generation S6 officially came to life (and death) in 1995, though essentially the same car had been sold for a few years previous as the S4. Available as both a sedan and a wagon, the original Audi S6 offered an eccentric turbocharged, 227-hp five-cylinder engine, working through a manual transmission to drive all four wheels. While performance was decent for the day, this iteration of the S6 never made much of a mark on the history books.