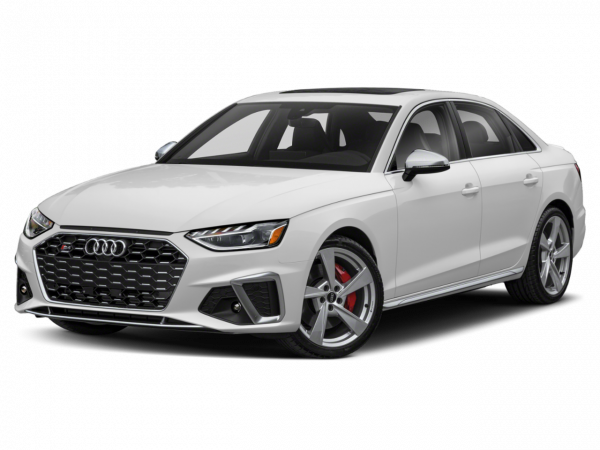 With its line of S models, Audi has built a reputation for delivering understated luxury along with a healthy dose of performance. Supporting the foundation of this reputation is the Audi S4, which is a sportier variant of the already-proficient A4 entry-level luxury sedan. As such, both of these Audis benefit from handsome styling, excellent interior design and materials, cosseting comfort and superior road-holding thanks to all-wheel-drive traction.

Where the S4 and A4 differ is in performance. Throughout its run, the S4 has boasted higher power output, sharper handling and impressive braking capabilities. Shoppers seeking a used S4 may, depending on the model year, have several body styles from which to choose. On the downside, the S4 has typically lacked the crisp handling performance offered by some of its rivals. Overall, though, we hold the Audi S4 in high regard.

Current Audi S4
Unlike previous generations, the current fifth-generation Audi S4 is only available as a sedan. The convertible version has been replaced by the S5 Cabriolet. The S4 is powered by a supercharged 3.0-liter V6 that produces 333 horsepower and 325 pound-feet of torque. A standard six-speed manual or optional seven-speed dual-clutch automated manual (S tronic) sends power to Audi's rear-biased "Quattro" all-wheel-drive system.

Inside, you'll find (in true Audi tradition) one of the finest cabins in the sport sedan class. The overall design is demure but classy, and although the center console is rather button-happy, Audi's updated MMI electronics interface is now much friendlier to use than before. The seats are supremely comfortable in the front, offering plenty of support through corners and over distances. Like the A4, the S4 offers a reasonably large backseat should your sport sedan be called on for family duty.

The S4 shines thanks to its strong supercharged V6, sharp handling and a forgiving nature made possible by Quattro and that optional limited-slip rear differential. Even driven aggressively, the S4 imparts confidence to the driver. Grip is tenacious and the chassis is communicative. Even so, ride comfort is commendable and cabin noise is pleasantly hushed.

Used Audi S4 Models
The current Audi S4 represents the fifth generation in the model's lineage, debuting in 2010. An optional rearview camera and blind-spot warning system were made available the following year. For 2013, the S4 received a slight styling update (with more angular grille/headlights) and a revised MMI control interface. That year also saw the switch to electric-assisted steering. Apart from lacking Audi Drive Select as standard (it was optional though), these latter S4s are similar to today's version.

The previous, fourth-generation Audi S4 was available in a variety of body styles. The sedan and wagon (Avant) were sold from 2006-'08, while the convertible (cabriolet) lasted from 2007-'09. Relative to third-generation S4s, the fourth generation offered refreshed styling, a revised chassis and a more sport-biased Quattro system, though these changes represented more of a revitalization effort rather than a complete redesign.

Under this S4's hood was a 4.2-liter V8 that generated 340 hp and 302 lb-ft of torque. Power was sent to the Quattro all-wheel-drive system through either a six-speed manual transmission or a six-speed automatic. As with today's S4, this generation model had additional performance-oriented modifications, including a sport-tuned suspension, 18-inch wheels with high-performance tires and more powerful brakes.

Inside, front occupants were treated to a comfortable and functional cockpit. The backseat was more cramped than in the current car, and the electronics systems may seem a bit dated now. The electronics interface, in particular, could be quite frustrating to use with the optional navigation system installed. Leather seating was standard, and interior trim, lighting and controls were all of high quality.

The similar third-generation S4 was offered for 2004 and '05. This was the model that introduced the 340-hp V8 engine and expanded S4 availability to the sedan, wagon and convertible body styles. As with the fourth-gen S4, transmission choices were either a six-speed manual or a six-speed automatic. At the time, the installation of such a powerful V8 in a small car raised some eyebrows, and indeed it boasted more power than BMW's contemporary M3 or Mercedes' C32.

In reviews of the third- and fourth-generation S4, we commented favorably about the car's broad power band, multiple body styles and high-quality interior. Downsides were a cramped backseat and handling that wasn't as razor-sharp as the M3's. The fact that the current S4 no longer has the V8 engine should make these generations a more novel, collectible choice in coming years.

The second-generation model was based on the A4 sedan and wagon of its day, and it came equipped with a twin-turbo 2.7-liter V6 engine rated at 250 hp. Quattro was standard, and Audi offered either a six-speed manual transmission or a five-speed automatic. In Edmunds' S4 road tests at the time, we found the car very enjoyable to drive, as it struck an ideal balance between outright performance and everyday comfort. Our main complaint about this model was the familiar lack of rear-seat room.

The first-generation Audi S4 was a performance variant of the Audi 100 sedan (later A6) sold from 1992-'94. These S4s came with a turbocharged inline five-cylinder engine capable of 227 hp. Quattro was again standard, and these cars were equipped with a five-speed manual transmission only. After 1994, they became known as the S6. First-generation S4s are a relatively rare find today.