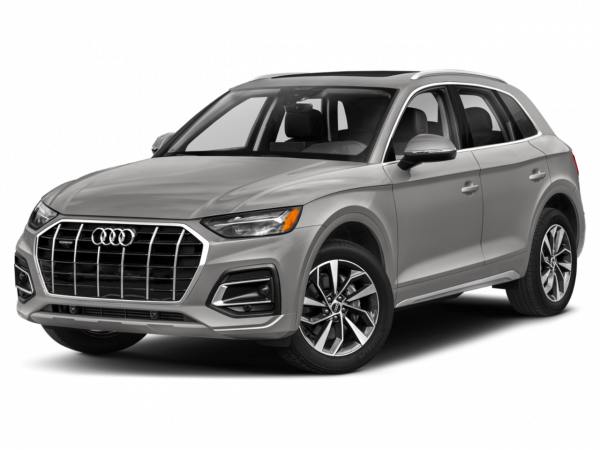 The compact crossover SUV is larger and higher than a hatchback but more fuel-efficient and easier to park than a bigger sport-ute. This is a combination that clearly appeals to many car shoppers, including those who want a more premium automotive experience. For them, the Audi Q5 delivers much of what they should both want and need. Think of the Q5 as an A4 sedan with more cargo space, a higher center of gravity and a measure of off-road capability and you won't be far off the mark. It also boasts some of the sleekest sheet metal in a stylishly competitive class.

Audi is known for high-quality interiors, and the Q5 doesn't disappoint. The model's downsides include a rather firm ride and its price, which can get uncomfortably expensive at the upper trim levels. Even so, a new or used Audi Q5 is worth consideration for people interested in a smaller luxury crossover SUV.

The 2.0T comes with a 2.0-liter turbocharged inline-4 that makes 220 horsepower and 258 pound-feet of torque. The 3.0T features a supercharged 3.0-liter V6 with 272 hp and 295 lb-ft. The TDI has a 3.0-liter turbodiesel V6 with 240 hp and a massive 428 lb-ft. The Q5 Hybrid pairs the 2.0T's engine with an electric motor and battery pack to provide a total output of 245 hp and 350 lb-ft. All come with an eight-speed automatic transmission and all-wheel drive. Regardless of engine choice, performance and fuel economy are impressive, especially so with the TDI. The Hybrid's fuel economy is actually 1 mpg lower than the TDI, and as such makes questionable buying sense.

Inside, the Audi Q5 is quite similar to the A4, which is to say it features high-quality materials and an attractive dashboard layout. Maximum cargo capacity is unimpressive at about 57 cubic feet, but if hauling large loads isn't a top priority, the Q5 is otherwise a thoroughly competent crossover.

Of the many flavors to choose from in the luxury compact crossover segment, we think Audi's is one of the most appealing. In reviews, we've found that the Q5 strikes a remarkably satisfying balance between performance and comfort. Despite having more than 4,000 pounds of curb weight to contend with, all the powertrains are up to the task, furnishing more than ample thrust. The steering is accurate and nicely weighted, and body control is quite good for a taller vehicle. At the same time, the ride can be a bit too firm, with nastier bumps being sent into your backside more than they would be in some rival SUVs.

Used Audi Q5 Models
The Audi Q5 debuted for 2010, powered by a 3.2-liter 270-hp V6 engine matched to a six-speed automatic. The following year brought the efficient turbocharged 2.0-liter inline-4 paired up to the eight-speed automatic.

For 2013, the original 3.2-liter V6 was discontinued, but the supercharged V6 and the brand's first hybrid were added. A mild refresh also occurred, with a more angular theme for the lights and grille, along with simplified climate and MMI controls.  Apart from the 2.0T having slightly less power (211 hp versus 220 hp), the unavailability of the TDI and a slight shuffling of equipment, these latter Q5s are similar to the current version.