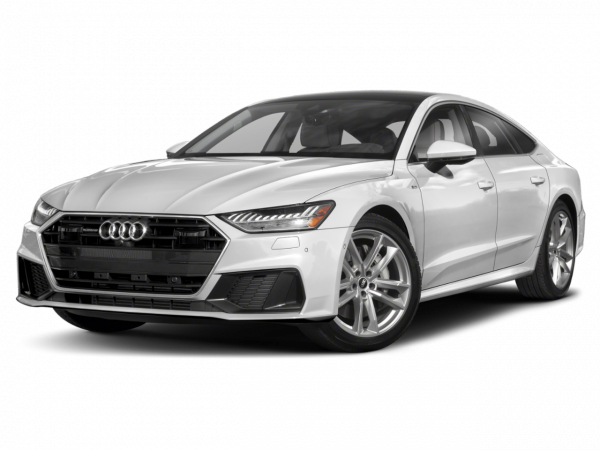 Following a trend established by other German manufacturers, the Audi A7 represents one of the most successful entrants into the coupe-styled luxury sedan segment. It sports the typical Audi face up front, but the A7 is lower and wider and has a radically sloped roof line to give it the sportier look of a fastback coupe. The A7's styling is unusual for sure, but chances are it will grow on you once you see it in person.

As expected, stirring performance and exquisite interior refinement are featured prominently. But the sloping rear hatchback's added style and cargo flexibility do come at the cost of some rear-seat comfort. The A7 is also priced significantly higher than the A6 sedan on which it is based, and that could give buyers some pause.

Current Audi A7
The Audi A7 is a four-door hatchback sedan that is based on the A6 sedan. It essentially comes in two trim levels: Premium Plus and Prestige. Under the sleek, coupelike styling is either a supercharged 3.0-liter V6 (3.0T) with 310 horsepower and 325 pound-feet of torque or a turbocharged 3.0-liter diesel V6 (TDI) that makes 240 hp and 428 lb-ft. Either way, the transmission is an eight-speed automatic that sends power to all four wheels.

As expected, the A7's large sloping rear hatch adds quite a bit of versatility in terms of cargo capacity, but it also reduces rear headroom. The interior itself lives up to Audi's reputation for first-class accommodations and excellent materials quality. The company's penchant for technological innovation is also present, with a slick interface that allows the driver to control and input information by tracing alpha-numeric characters on a touchpad.

Regardless of engine choice, acceleration is surprisingly quick for a car this size, but not at the expense of fuel economy. Audi's Drive Select allows drivers to choose among four distinct modes (Comfort, Auto, Dynamic and Individual) to suit their particular tastes. Unlike the A8 sedan, the A7's suspension response is not altered by Drive Select. In our testing, we found the Audi A7's ride to be firm and a bit too lively with the available 20-inch tires, which offer minimal compliance from their narrow sidewalls. We'd suggest staying with the 18-inch tires if a comfortable ride quality is a priority for you.

Used Audi A7 Models
The Audi A7 debuted for the 2012 model year with the supercharged 3.0-liter V6 as the sole engine choice. As with the current A7, all-wheel drive was standard and an eight-speed automatic was the only available transmission. Although otherwise similar to today's A7, these older versions differed slightly in that they offered a base Premium trim, had a two-passenger rear compartment and lacked the availability of the TDI engine and built-in WiFi.