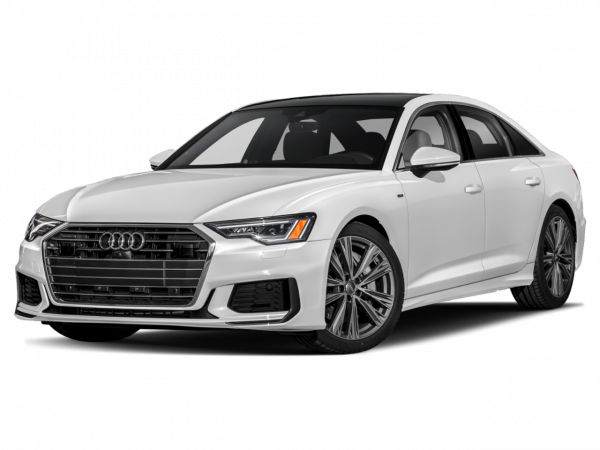 Luxury-car shoppers who love value have long cheered the Audi A6. And in true Audi fashion, the midsize A6 gives you a lot for a very competitive price. One of the A6's primary strengths is its deluxe cabin. Materials are first-rate, and the overall design is nothing short of class-leading. Its winter-weather capability is another plus, as most A6s on dealer lots, like other Audis, have all-wheel drive.

But the car's most compelling asset concerns value. In terms of overall quality and performance, the Audi A6 is typically equal to or even better than its luxury sedan rivals, yet it typically costs thousands less. A used A6 represents an even more affordable proposition, though these older examples lack the athleticism of their more contemporary rivals. The latest A6 benefits further still from enhanced performance and increased driver engagement, making it a top choice in the segment.

Current Audi A6
Powering the base Audi A6 is a turbocharged 2.0-liter inline-4 (2.0T) that produces 220 horsepower and 258 pound-feet of torque. Other engine choices include a supercharged 3.0-liter V6 (3.0T) with 310 hp and 325 lb-ft of torque, and a 3.0-liter turbodiesel (TDI) that cranks out 240 hp and 428 lb-ft of torque. Front-wheel drive and a continuously variable automatic transmission (CVT) are standard on the 2.0T. Standard with the other engines, and optional on the 2.0T, is an eight-speed automatic coupled to all-wheel drive. Fuel economy across the board is quite favorable when compared to competing sedans.

In reviews, we rank the current Audi A6 highly for its engaging driving dynamics, excellent interior, long list of features and impressive combination of performance and fuel efficiency. Drivers with a penchant for winding roads will certainly appreciate the A6's tenacious grip on the pavement and well-balanced weight distribution, while others will likely enjoy the quiet and attractive cabin that is well stocked with intuitive high-tech wizardry. Whereas previous A6 generations played second fiddle to their Mercedes and BMW rivals, this latest version has no problem challenging them for first chair.

Used Audi A6 Models
The current A6 debuted for 2012 and represents the fourth generation in the car's lineage. Adopting the latest Audi design language, the A6 is distinctive for its large trapezoidal grille and more angular headlights. It is also notable for improvements in regard to performance, making it the go-to choice as a "driver's car." The next year brought automatic engine stop-start for the V6, available all-wheel-drive for the 2.0-liter engine and the available top-view camera system. Apart from the 2.0T having slightly less power (211 hp versus 220 hp), the unavailability of the TDI and a slight shuffling of trim levels, these latter A6s are similar to the current version.

The third-generation Audi A6 ran from the 2005 to the 2011 model year. Overall, the third-generation car represented an admirable mix of attention-getting style, entertaining driving dynamics and opulent furnishings. A wagon body style, known as the Avant, was offered alongside the sedan.

In the third generation's final year of production, three engines were offered: a 265-horsepower V6 (3.2), a 300-hp supercharged V6 (3.0T) and a 350-hp V8 (4.2). The 3.2 front-wheel-drive sedan had a CVT, while all other A6s came with a six-speed automatic transmission and all-wheel drive. The A6 Avant was only available with the 3.0T engine, AWD and the automatic.

Throughout the production run, trim levels were generally structured around engine selections. For the most part, three trims were offered: base 3.2 Premium, midlevel 3.0T Premium Quattro and top-of-the-line 4.2 Prestige Quattro. Wagons were available only in the 3.0T Premium Quattro trim. Standard features were as generous as any luxury car for the time, with navigation standard for all and the upper trims coming with heated seats. Meanwhile, Audi's easy-to-use Multi Media Interface (MMI) system made controlling audio, navigation and Bluetooth functions easy with clear and logical menus.

Those considering third-gen models should keep in mind that the base V6 made only 255 hp from 2005-'09 (later increased to 265 hp). Also, the supercharged V6 (3.0T) wasn't available from 2005-'08, while the car's V8 produced only 335 hp prior to 2007, when output was bumped to 350 hp. In terms of features, the A6 has stayed mostly unchanged, though trim packages and options were also simplified for '09, and the MMI electronics interface and navigation system were upgraded for 2010.

In reviews, we've found the engines smooth and refined. The base V6's acceleration is certainly passable, but our choice would be the 3.0T thanks to its broad range of torque and relative fuel efficiency. In fact, we've found this engine provided quicker acceleration than the V8. The A6 rode comfortably on the highway, and while it wasn't the most athletic car in its class, our editors applauded its predictable, confident feel around corners.

The second-generation A6 sedan arrived on the market in 1998 and benefited from a ground-up redesign; an all-new version of the Avant wagon debuted the following year. This was the first Audi A6 to ride on a stretched version of the highly regarded A4 platform.

For the first two years, only a naturally aspirated V6 was available, but in 2000, Audi added a spirited twin-turbocharged V6 and a torque-rich V8 to the sedan lineup. Given that acceleration tended to be sluggish with the base V6, particularly on the hefty A6 Avant wagon, Audi began offering a more powerful 3.0-liter six-cylinder in 2002. Transmission choices included a five-speed automatic and a CVT (which was introduced in 2002). In reviews, we praised the heavenly cabin and all-wheel-drive utility offered by the second-generation A6, and panned its somewhat nonlinear steering. Overall, it represents a solid choice for used-car shoppers.

The original Audi A6 came to market in 1995 as a lightly revised version of the old Audi 100 sedan and wagon. Although prices on used A6 models from this era are convincingly low, consumers should be aware that only one engine -- a 172-hp V6 -- is available on these cars. With the lightest A6 sedan weighing in at 3,400 pounds, acceleration is modest at best. However, much like newer Audis, this A6 was nicely appointed and offered a choice of front-wheel drive or Quattro all-wheel drive.