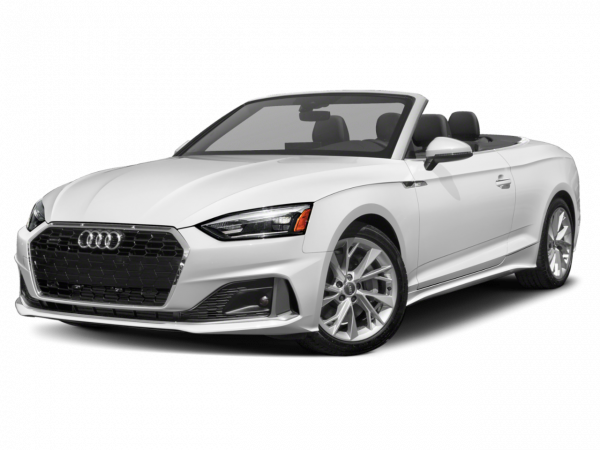 Audi is known for its understated and modern approach to luxury and design. The Audi A5 certainly falls under that description, but infuses a whisper of alluring curves in a shapely form to set it apart from the rest. Inspired by the company's 2003 Nuvolari grand touring concept, the A5 is a slightly less practical but much sexier two-door alternative to mainstream luxury sedans. It boasts a standard fuel-efficient turbocharged engine, all-wheel drive, a refined interior and plenty of standard or optional luxury features.

It's an overall package that's hard to ignore and as an added bonus, more enthusiastic drivers can enjoy all of these positive attributes along with a significant performance increase in the Audi S5.

Current Audi A5
The Audi A5 coupe and convertible (cabriolet) is mechanically related to the A4. It is powered by a fuel-efficient turbocharged 2.0-liter four-cylinder (2.0T) that produces 220 horsepower and 258 pound-feet of torque. A six-speed manual is standard, with an eight-speed automatic optional. A key advantage for those who are subject to slippery weather conditions is the A5's all-wheel drive, which is standard on the coupe and optional on the Cabriolet. With a 40/60-percent front-to-rear power split, the Quattro system provides a close approximation of a rear-wheel-drive car's crisp handling dynamics along with the superior grip of all-wheel drive.

Those who value sophisticated design as much as performance will feel right at home in the Audi A5. The curvaceous silhouette, distinctive Audi one-piece grille and shapely tail end team up to create an extraordinarily appealing look. The Cabriolet may not have a retractable hardtop, but its insulated soft top lowers quickly and prevents the car from having an unflatteringly large rump like most hardtop convertibles.

Inside the A5's handsome four-place cabin are first-rate interior materials along with multi-adjustable front seats that offer daylong touring comfort along with ample support during spirited driving. The back offers seating for two, though most folks can expect a fairly tight fit. The coupe's reasonably sized trunk offers 12.2 cubic feet of space, and the rear seat flips down to accommodate even more cargo. The Cabriolet's trunk is reasonably sized for a convertible at 10.2 cubic feet and, unlike with retractable hardtops, that space remains the same top up or down.

In reviews, we found the 2.0T engine to be more than enough to motivate this slinky sport coupe. Dynamically, the A5 is more like a grand touring coupe than a slick-handling sport coupe, with an emphasis placed on ride comfort. Buyers can add the optional sport-tuned suspension to sharpen the handling, though this admittedly comes at the expense of ride quality.

Overall, the Audi A5 is a solid choice even with tough competition such as the BMW 4 Series and Infiniti Q60, as well as the coupe-only Mercedes-Benz C-Class. But anyone desiring a coupe or convertible that provides a pleasing blend of style, performance and all-wheel-drive security would do well to check out the A5.

Used Audi A5 Models
The A5 was introduced for the 2008 model year as a coupe only, with a 3.2-liter V6 as the lone engine choice. The six-speed manual was standard and the six-speed automatic was optional. The following year adaptive cruise control and the Audi Drive Select system debuted. The cabriolet and 2.0T engine were introduced for 2010, as were a revised MMI electronics interface and navigation system.

For 2011 the V6 was dropped and the six-speed automatic was replaced with an eight-speed unit. A styling refresh took place the following year, when available WiFi capability and a switch from hydraulic to electric power steering assist also took place. Apart from having slightly less power (211 hp versus 220 hp) and a few minor differences in standard equipment, these latter-day A5s are similar to the current version.