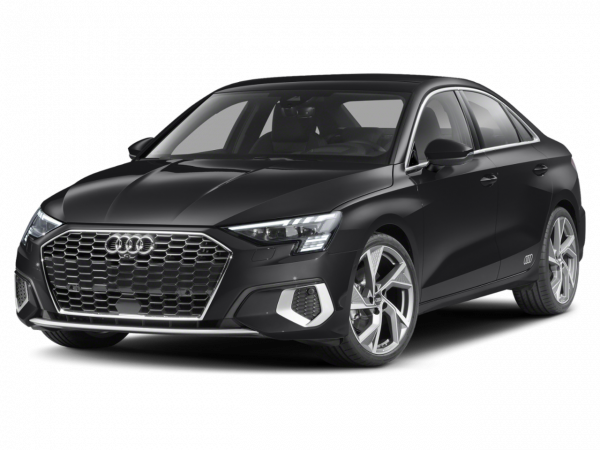 Introduced in the mid-1990s in Europe and brought to the United States in 2006, the A3 is Audi's entry-level model for the North American market. Smaller and lighter than the A4, the Audi A3 presents a strong argument for buying a bargain sport sedan or wagon, provided one goes easy on the options. And just because this is Audi's entry-level car doesn't mean the company cuts corners on quality. The cabin's design and materials are up to the lofty standards Audi has set for the industry, meaning everything fits tightly, moves with precision and looks and feels top-shelf.

Those considering a used version of this junior Audi should know that most of the ones they see for sale will be the wagon, which was the only body style available until 2015. For many the A3 will be an alternative choice -- few luxury automakers bother making small hatchbacks. As such, it's an upscale alternative to more mainstream hatchbacks and a cheaper alternative to a luxury wagon or sedan. Furthermore, with the clean-burning diesel engine option it also makes an extremely-fuel efficient alternative to hybrids. But whether you're considering an A3 wagon or sedan, it offers the distinct German flavor of Audi, that being one of engineering excellence combined with an upscale cabin.

Current Audi A3
Introduced for 2015, the latest version of the Audi A3 comes solely in a four-door sedan body style, although a convertible is rumored to debut within the model year. Initially, there are two main trim levels: the front-wheel-drive 1.8 TFSI and the all-wheel-drive 2.0 TFSI. A diesel-powered TDI version is set to debut later in the model year.

In reviews, we've been impressed with the Audi A3's grown-up personality; it feels more like an honest-to-goodness luxury car rather than a fancy compact. The ride is composed and comfortable, the cabin is quiet and the turbocharged engines provide plenty of punch around town and on the freeway. Superb fuel economy helps as well. Surprisingly, the A3 doesn't feel especially sprightly when driving around town, due to its somewhat light and numb steering feel at lower speeds. However, it perks up when driven with more enthusiasm. Particularly when equipped with the 2.0-liter engine and all-wheel drive, the A3 feels like a running back in bankers' clothing.

Used Audi A3 Models
The previous-generation Audi A3 was introduced as a 2006 model in the United States and was produced through 2013. There was no 2014 model. It came only in a four-door hatchback body style that some might consider a small wagon.

Originally, the A3 came in 2.0T and 3.2 Quattro trim levels. Standard features on the 2.0T included 17-inch wheels, dual-zone automatic climate control and a 10-speaker audio system. The "S line" Package provided a sport-tuned suspension, sport seats with leather upholstery and special exterior styling. The Premium package also included some of the S line's items but added a power driver seat, an auto-dimming rearview mirror and rain-sensing wipers. The 3.2 Quattro included almost all of the equipment from the S line and Premium packages as standard. Notable options on both trim levels were xenon headlights, a sunroof, a navigation system, Bluetooth, iPod integration and a Cold Weather package.

The most significant changes for this generation took place for 2009. The exterior and interior were refreshed, most notably with Audi's signature larger grille and LED running lights. Leather upholstery, satellite radio and an auxiliary audio jack became standard equipment, while the 2.0T could now be equipped with all-wheel drive. For 2010, new Premium and Premium Plus trim level names debuted. From then on through 2013, only minor equipment updates took place.

In reviews at the time, we found that this generation of A3 struck an agreeable balance between athletic handling and a comfy ride. With the base 2.0-liter engine, it provided energetic acceleration along with good fuel economy. The V6 was a little quicker, but not dramatically so. The A3 TDI's ample low-end torque was nice around town but the engine could feel winded at higher speeds. As for passenger space, the A3's hatchback design provided some added versatility, but the small rear seat was cramped for adults.