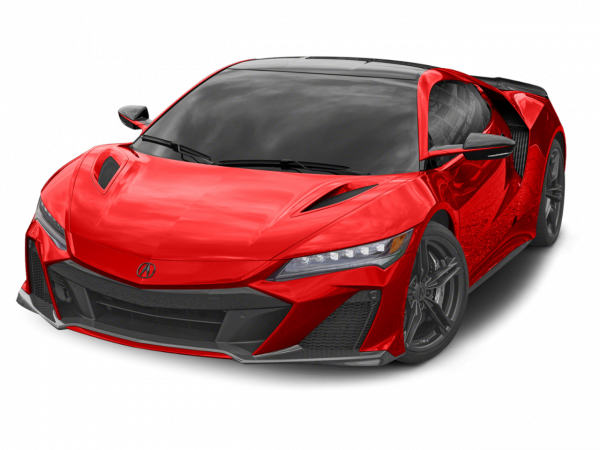 The Acura NSX was the first production car to feature aluminum construction for its body structure, body panels, suspension and engine. Its engine was the first to feature variable valve timing and a variable-volume intake manifold. It was the first Japanese sports car sold in America to truly go head-to-head with the world's best. And it came from an automotive brand that, at the time, had been in existence for just five years.

Despite being a car of innovative firsts, the Acura NSX never saw big sales numbers after its initial debut. After 15 years of production, Acura sold only about 8,900 NSXs; Chevrolet easily sells at least that many Corvettes in just one year.

Perhaps the NSX's fatal "flaw" was that it wasn't exotic enough. We'll see, as Acura will be trying again with an all-new NSX, slated to arrive for 2015. As a candidate for a used sports car, though, the first-generation NSX makes for a savvy choice. It's relatively rare, rewarding to drive and still looks every bit as exotic as it did in 1991. Plus, the lack of major revisions means that you can buy an earlier model and know that you're not missing out on much.

Upcoming Acura NSX
After many years of rumors and false starts, the Acura NSX is set to return by 2015. Shown at the 2012 Detroit Auto Show in concept form, the next NSX, as expected, will be a midengine two-seater. It will be powered by a high-output V6 hybrid powertrain and sport Acura's latest version of its SH-AWD (Super Handling All-Wheel-Drive) system as well as a seven-speed dual-clutch automatic transmission. Acura claims that the future NSX will provide "supercar acceleration while offering outstanding efficiency."

For its debut, the NSX featured a 3.0-liter V6. The engine was equipped with VTEC (Variable valve Timing and lift Electronic Control) and a variable-volume intake manifold to increase power and tractability. Titanium connecting rods allowed a high redline. Developing 270 horsepower and 210 lb-ft of torque, the engine sent its power to the rear wheels through a five-speed manual transmission. Acura also made a four-speed automatic available but with a reduced-output V6 (252 hp).

Acura used aluminum to build much of the car to keep curb weight at a minimum. Racecarlike double-wishbone suspension design was used at each corner. Standard equipment highlights included antilock brakes, automatic climate control and leather upholstery. In 1995, a targa-roof model (the NSX-T) became available.

Two years later the NSX finally received its first and only powertrain upgrade. The 1997 manual-equipped models featured a new six-speed transmission and a larger 3.2-liter engine producing 290 hp. Those with the automatic kept the previous 3.0-liter V6. A limited-production Alex Zanardi Edition was available for 1999; available only as a fixed roof coupe, it had special wheels and a more stiffly tuned suspension.

Acura performed its last NSX update in 2002. The coupe model was discontinued and out-of-fashion elements like flip-up headlights and monochromatic interior panels were axed in favor of fixed HID headlights and updated metallic-look trim. Functional changes included a firmer suspension (though it wasn't as stiff as the Zanardi's), larger wheels with wider tires, and a sequential-shift mode for the automatic transmission.

When it debuted, the NSX stood out more than just for its innovation. In the early '90s, most high-performance exotics suffered from poor visibility, awful ergonomics and very high running costs. The NSX demonstrated that high performance and a comfortable driving experience weren't mutually exclusive after all. Like it or not, the NSX was about as easy to drive as an Integra and just about as reliable.

Less defensible is that the car simply went on too long without a major redesign while the price crept up, the latter due more to exchange rates than any greed on Acura's part. By the time the new millennium hit, redesigned (and less expensive) competitors outclassed it in terms of performance and value by a significant margin.

Highlights of driving a used NSX include an easy-to-drive nature, excellent forward visibility, its sweet-sounding V6 and a very smooth shifter. The major downsides to the car are limited practicality and mediocre outright performance for an exotic. Finding an unmolested NSX might also be hard, as many cars have been modified with aftermarket parts over the years.