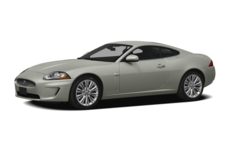 It takes confidence to name a car the Legend. If it had been forgettable with nothing legendary about it, Acura could have found itself derided for the irony. It would have forever become the butt of automotive jokes, or worse, part of an Alanis Morissette song. Luckily for Honda's luxury division, its bravado paid off with the Acura Legend, a car that's still held in high regard years after it bowed out in favor of an ironically forgettable replacement.

The Acura Legend was launched in 1986 alongside the Integra sport hatchback to create the Acura brand in North America. Actually co-developed with British automaker Rover (which named its version of the car the Sterling 825), the Legend -- available in sedan and coupe body styles -- was immediately a hit among consumers and reviewers alike.

Through its fledgling Acura brand, Honda successfully blended its penchant for reliability and engine expertise with luxury features previously unavailable in a car wearing the H badge. The second-generation Legend raised the bar even further and its introduction for 1991 saw the debut of Acura's own insignia -- a flipped Honda H with the top pinched to make an A -- that solidified the brand as more of a stand-alone entity.

When Acura discontinued the Legend name in favor of a new alphanumeric naming scheme for its latest luxury sedan, it unfortunately coincided with a drop in style and driving passion that had made the Legend such a success. The Legend's replacement, the RL, was certainly more luxurious and just as reliable, but hardly exciting.

As such, the Legend represents a '90s-era high point of Acura luxury sedan and coupe design. For used-vehicle shoppers, most Legends are getting up there in terms of miles but are still very viable choices.

The second-generation Acura Legend was produced from 1991-'95. The sedan was initially offered in base, L and LS trim levels, while the coupe stuck with L and LS throughout its run. The Legend's core engine was a 3.2-liter V6 making 200 horsepower and 210 pound-feet of torque, mated to a five-speed manual or four-speed automatic. In 1993, coupes jumped to 230 hp and upgraded their manual transmission to a six-speed, while all Legends gained dual airbags.

In 1994 a new top-of-the-line GS sedan debuted with the stronger engine and larger 16-inch wheels. The base sedan was dropped, and all Legends added a new grille, bumpers and a power steering wheel that could finally tilt as well as telescope. Its final year, 1995, saw the addition of a limited-production SE sedan with slight cosmetic distinctions.

The Legend was not only good-looking and well-equipped, but rewarding to drive as well. Performance was strong, particularly with the more powerful V6 found on some of the later models. The interior was well-constructed and attractive, toeing the line between luxury and sport. However, headroom was iffy for taller drivers, and the backseat was a little skimpy on legroom due to the Legend's rare longitudinal engine layout. The coupe's rear quarters were even more cramped, though that's typical for two-doors.

Although most Acura Legends on the road now have high mileage, its reputation for consistently strong reliability makes well-maintained examples an excellent choice.

The original, slightly smaller Acura Legend was produced from 1986-'90 and available in coupe and sedan body styles. These cars set the precedent for future Acuras with high feature content, quality engineering and impeccable reliability.