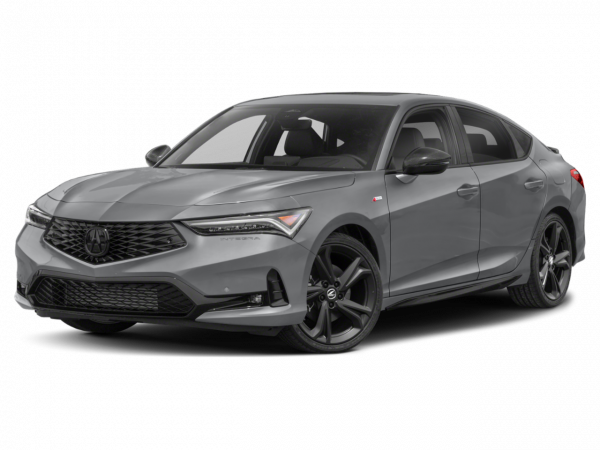 In 1986, Honda launched the Acura brand to create a separate luxury brand to appeal to upmarket buyers. Its first model, the Acura Integra, was a sporty hatchback that emphasized Acura's focus on engineering excellence and build quality. The Integra's balance of reliability and performance made it an instant hit, especially for those buyers looking for a cheaper alternative to German imports.

Through the years, the Integra developed a large following of consumers. Some were interested in a basic commuter car while others were looking for a solid base for modification with performance parts. The Integra was able to satisfy all. Using its knowledge gained from Formula 1 racing to innovate new technologies for its passenger cars, Acura introduced its VTEC variable valve timing system to the Integra in the early '90s. The Integra was the first car after the exotic NSX to receive it, and the system helped the car squeeze every drop of power out of its small 4-cylinder engine while maintaining an admirable amount of fuel efficiency.

More importantly, the Integra showed that Acura (and the Japanese manufacturers as a whole, for that matter) was able to compete with the global luxury car manufacturers in terms of design, quality and creature comforts inside the cabin. As Acura solidified its place in the near-luxury market, however, the company altered its marketing strategies. It did away with model names, opting for alphanumeric designations instead. In 2001, Acura renamed its entry model the RSX, effectively killing the Integra in America.

The third and final generation of the Acura Integra spanned from 1994 through 2001. It was one of the best front-wheel-drive cars in its class as it was exciting to drive and had a sporty silhouette that seemed designed to cut through the wind.

Acura offered two body styles, a two-door hatchback and a four-door sedan, across all trim levels, including the GS-R performance trim. At first, Acura offered two lower trims, the base RS and LS. Through the years, Acura updated the lineup by adding a GS trim in 1998 and removing the RS in 2000. Except for the GS-R, no matter which Integra you got, it came with the same 142-horsepower 1.8-liter four-cylinder engine. A five-speed manual transmission was standard. A four-speed automatic was optional.

The performance-oriented GS-R featured a 170-horsepower 1.8-liter four-cylinder engine that was equipped with VTEC. The GS-R came exclusively with a special close-ratio five-speed manual. In road tests of the '98 Acura Integra GS-R, our editors found it to be well balanced in terms of being fun to drive and easy to use on a daily basis.

In 1997, the limited-edition Acura Integra Type R debuted. Available only as a coupe and in a single color (Championship White), the Type R focused purely on performance and featured a high-revving 195-hp version of the 1.8-liter engine. Lighter parts and body panels lowered the Type R's weight by nearly 100 pounds. It came with a tuned suspension system, better brakes, a limited-slip differential and a specially designed close-ratio five-speed manual transmission. In order to further reduce the vehicle's weight, Acura even made the air-conditioning system optional.

Acura produced the Type R in 1998 and again in 2000. The final time around, the Type R wasn't nearly as exclusive and raw. Weight reduction was limited to 33 pounds and this time, Acura provided two colors, yellow and black.

In 2001, the Acura Integra Type R won an Edmunds.com Editors' Most WantedSM award for Best Sports Coupe (FWD/AWD) Under $30,000. Today, these-third generation Integras are still highly regarded as used vehicles. Though certainly reliable, they have become quite popular with young enthusiasts wanting to modify their cars with aftermarket parts. As such, finding an unmolested car, particularly in GS-R trim, can be somewhat of a challenge.

The original and first-generation Acura Integra debuted in 1986 and came as a two-door or four-door hatchback. Both styles were available in a base RS or more luxurious LS trim and were powered by a 113-hp 1.6-liter four-cylinder engine. A five-speed manual transmission was standard, and a four-speed automatic was available as an option. In 1988, Acura increased engine output to 118 hp, but most of its power was still too high in the rev band to match the lower torque curves of its sports coupe competition.

In 1990, Acura remedied the problem when it released the second-generation Integra. Again offered in two body styles (this time with a four-door sedan), this Integra was more sophisticated and was powered by a new 1.8-liter four-cylinder that made 130 hp. In addition to the RS and LS trims, Acura added a GS trim. It was a "top of the line" trim with added standard equipment, such as antilock brakes and an upgraded interior. All models came standard with a five-speed manual, with a four-speed automatic being optional.

In 1992, Acura bumped power output up to 140 hp. That same year, Acura introduced the Integra GS-R, a performance-oriented trim that was powered by an all-new 1.7-liter four-cylinder engine making 160 hp. It also was the first time Acura applied its variable valve timing system (VTEC) in a car other than the NSX. The GS-R was designated a pure driver's car and came exclusively with a close ratio five-speed manual transmission. It was also equipped with a good deal of standard equipment, such as antilock brakes, a moonroof and power locks and windows.