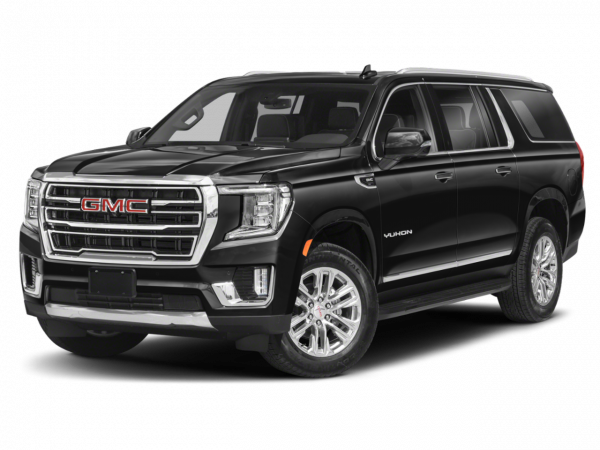 Known in its earlier years as the GMC Suburban, the GMC Yukon XL is actually one of the longest-running models sold in the United States. This popular SUV debuted back in 1936. After serving faithfully for many evolutionary years as a truck-based station wagon primarily meant for commercial or rural use, the renamed gentle giant has increasingly become the go-to choice for families or anyone needing class-leading passenger and cargo capacity as well as solid truck-based towing capability.

With stout underpinnings, strong powertrains, a comfortable ride and spacious seating for up to nine plus their cargo, the current truck is a very capable large SUV. A short list of competitive sport-utilities may offer more refinement and ultra-lux conveniences for more bucks, but the GMC Yukon XL (as well as its Chevy Suburban equivalent) remains easy to recommend thanks to its massive versatility. Furthermore, used vehicle shoppers with more serious towing requirements should know that, up until 2015, and unlike its few rivals, the Yukon XL was also available in a heavy-duty (2500) version.

Current GMC Yukon XL
Redesigned for 2015, the GMC Yukon XL is a longer-wheelbase version of the Yukon full-size SUV. Major updates for this fourth-generation model include increased engine output with slightly improved fuel economy, the addition of a large, multifunction touchscreen, added safety and technology features and a fold-flat third-row seat. Seating for eight is standard, but available second-row captain's chairs drop the count to seven, while a front bench seat (available only on the base model) increases it to nine.

Under the hood of the SLE and SLT is a 5.3-liter, 355-horsepower V8. The Denali packs even more power, as it features a 6.2-liter V8 with 420 hp. All Yukon XLs come with a six-speed automatic transmission that sends power to the rear wheels on 2WD models or all four wheels on 4WD models. Should you opt for the latter, a two-speed transfer case with low-range gearing is optional on the lower trims and standard on the Denali.

In reviews, we've been impressed by the Yukon XL's combination of luxury, utility and comfort, especially given its humble pickup-truck underpinnings. The ride is smooth and quiet, while handling is reasonably secure. Inside there's an upscale, modern design featuring high-quality materials. However, although we're glad the Yukon XL now has an integrated fold-flat third-row seat, it makes for a rather high loading height. As such, a Toyota Sequoia or big crossover like GMC's Acadia might better suit your cargo- and passenger carrying needs. But if you need the Yukon's outsized towing, hauling and passenger capabilities, it's as good as it gets.

Used GMC Yukon XL Models
The GMC Yukon XL that was produced from 2007 through 2014 boasted an updated chassis that provided all of the prior version's strength along with a more comfortable ride and improved handling, performance and efficiency. This Yukon XL had more slab-sided styling than the prior generation and also had more in terms of safety features, such as front seat side airbags, stability control and side curtain airbags for all three rows.

This generation of the Yukon XL came in two versions – standard 1500 and heavy-duty 2500 -- and three trim levels: well-equipped SLE, leather-lined SLT and top-dog Denali (1500 only). The 1500 versions had a 5.3-liter V8 (320 hp), while the 2500s came with a 6.0-liter V8 rated at 352 hp. The Denali trim featured a 6.2-liter V8 with 380 hp until 2010, when output climbed to 403 hp. All were mated to a six-speed automatic transmission and all offered a choice of either two- or four-wheel drive except for the Denali. The latter was equipped with an all-wheel-drive system that didn't have low-range gearing. Towing capacity of the heavy-duty 2500 version could approach 10,000 pounds.

For such a big SUV, this GMC Yukon XL is relatively quick, although a full load of passengers and gear will slow down the base V8 considerably. On the move, these Yukon XLs are composed and offer up a smooth ride. When pointed straight down an interstate or out in the wide-open spaces, there aren't many better, more capable cruisers than this GMC Yukon XL. Overall, it's a compelling and top-rated choice for used vehicle shoppers with lots of people- or gear-hauling needs.

Potential buyers should note that there were a few notable changes throughout this generation. For 2008, a six-speed automatic replaced the four-speed unit on the 2500. The following year the 1500 benefitted from the same upgrade. Front side airbags debuted for 2010, as did a standard USB port for the audio system. For 2014, the heavy-duty 2500 series was dropped from the lineup, and the SLE trim got more standard features, namely rear parking sensors, a rearview camera and power-adjustable pedals.

The previous-generation Yukon XL that debuted for the 2000 model year and lasted through 2006 was packaged more efficiently than before and heralded the debut of this model name, as this vehicle was previously called a Suburban. Although increasingly outclassed by newer competitors in its later years, this Yukon XL's warehouse-sized interior made it an easy pick for families and home remodelers who truly needed massive passenger and cargo space. Interior materials and fit and finish were merely adequate, however, and the exterior design was beginning to look a tad dated by the end of its run.

This generation was slightly shorter than its predecessor and several trim levels and a couple of modest V8s were available initially, but by 2001 the two "small-block" engines were up to 285 and 320 hp, while an available new 8.1-liter V8 with 340 hp and 455 lb-ft of stump-pulling torque offered even more grunt. The Yukon XL inched further up the comfort scale as the years went by, but the big news for '03 was the availability of an innovative Quadrasteer four-wheel-steering system on 3/4-ton (2500) models -- reducing the turning circle by a substantial 8 feet and also improving towing stability. The cabin also received numerous improvements including tri-zone climate controls and available DVD entertainment, second-row captain's chairs and power-adjustable pedals. Updates including OnStar, steering-wheel audio controls and tire-pressure monitoring carried the big GMC through 2006.

Previous to this was the Suburban from 1992-'99. After a long, enduring model run by the previous generation that extended from 1973-'91, the then-new '92 GMC Yukon XL finally adopted the sleek body design and freshened interiors of its previously updated pickup truck siblings. In addition to handsome new looks, this completely redesigned Suburban boasted more glass area and a lower step-in height than its antiquated predecessor.