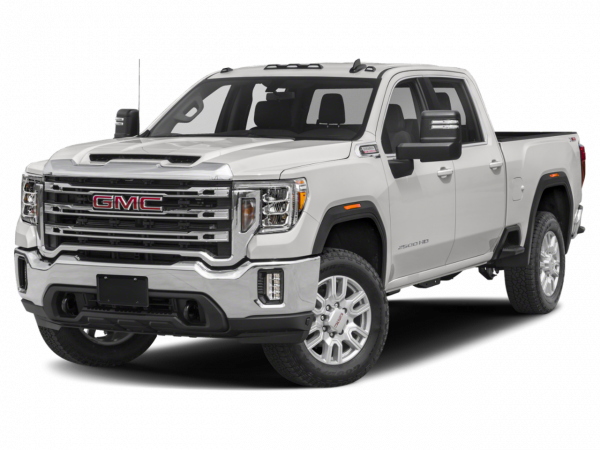 GMC has long been a mainstay of American byways and highways. Originally used and respected by farmers, construction workers and small-business owners, GMC's hauler was a basic workhorse known for its reliability and longevity. More recent times have seen GMC's full-size truck adopt the name Sierra. And with a variety of body styles, powertrains and trim levels, the Sierra is as adept at serving as the weekday family car.

However, this is the 2500HD version we're talking about. Though "HD" has become a familiar pop-culture concept in recent years, rest assured that the HD part of GMC Sierra 2500HD does not, in fact, involve plasma or LCD TVs. In this case we're talking the old-fashioned meaning of HD: "Heavy Duty." As one of two GMC heavy-duty full-size pickups, the 2500HD is a true workhorse that adds big-league power, towing and hauling capabilities to its family-ready credentials.

Current GMC Sierra 2500HD
The GMC Sierra 2500HD is available in regular, extended or crew cab designs, with a long or short wheelbase, and with rear- or four-wheel drive. The extended and crew cab body styles are offered in four trim levels: Work Truck, SLE, SLT and top-of-the-line Denali. The regular cabin can only be had in Work Truck and SLE trims. Moving up through the ranks obviously adds more style and features, culminating in the top-shelf Denali.

Standard on all Sierra 2500HD pickups is a 6.0-liter V8 that makes 360 horsepower and 380 pound-feet of torque, paired to a six-speed automatic transmission. The burly Duramax 6.6-liter turbodiesel V8 that puts out 397 hp and 765 lb-ft of torque is optional. Its standard Allison six-speed automatic is well suited to towing and hauling large loads.

In a recent comparison test, GM's heavy-duty trucks came out on top thanks to superior all-around performance. Although multigenerational brand loyalty may dictate what heavy-duty pickup you take home, sticking with (or switching to) the GMC Sierra 2500HD would be a solid decision.

More changes occurred for 2011 when the Sierra received an all-new frame along with new suspension components (for greater towing capacity and a smoother ride), a more potent turbodiesel engine cranking out 397 hp and 765 lb-ft (previously 365 hp and 660 lb-ft) and the debut of the ultra-plush Denali trim level.

The previous-generation Sierra 2500HD was sold from 2001-'06 and lived on one more year as the "Classic" for 2007. There was a heavy-duty package available for the light-duty Sierra 2500 in 1999 and 2000. That light-duty Sierra 2500 has been discontinued. In terms of updates, there were changes made to the exterior and interior styling for 2003, with further exterior tweaks for 2005. These trucks came in Work Truck (after '03), SL, SLE and SLT trim levels.

The standard engine was a 6.0-liter V8 that made 300 hp and 360 lb-ft of torque. There were two optional engines: an 8.1-liter gasoline V8 producing 340 hp and 455 lb-ft and a 6.6-liter turbodiesel producing 300 hp and 520 lb-ft. This diesel was upgraded in 2006 for more power and refinement and fewer emissions. It made 360 hp and a whopping 650 lb-ft of torque. These engines carried over for the Classic. A five-speed manual transmission was standard with the 6.0-liter V8, with a four-speed automatic optional. The 8.1-liter V8 and diesel engines came with either a six-speed manual or five-speed automatic (which became a six-speed for 2006).

As with the current GMC Sierra 2500HD, we were always impressed by this generation's powerful engine lineup and substantial towing and hauling abilities. It was a reasonably comfortable truck for everyday use, but don't expect the plush ride of its light-duty siblings. Any of the three available engines will provide swift acceleration and ample towing power, but the diesel V8 is probably the best choice for those who tow heavy loads -- especially the more powerful 2006 Duramax. Our principal beef concerns the shoddy interior design, materials and build quality. GMC improved it gradually during its lifespan, but it was never quite up to snuff.

The previous-generation GMC Sierra 2500 ran from 1988-'98 with a significant refresh for 1995. It was known as the Sierra 2500 Classic for 1999 and 2000. Strengths of these pickup trucks include strong, durable powertrains, while weaknesses center on sketchy build quality and materials within the cabin.