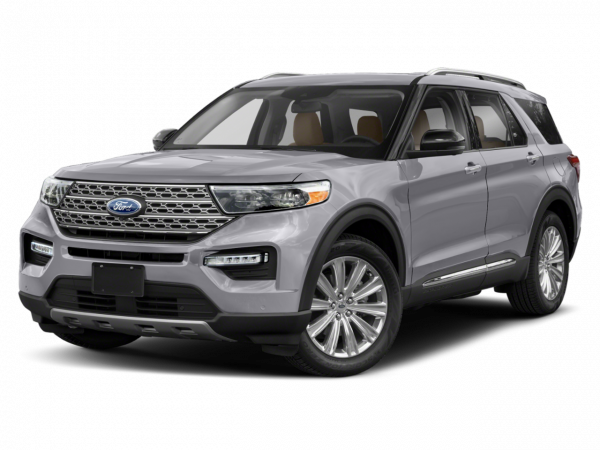 The Ford Explorer is widely regarded as the catalyst that started America's love affair with the SUV back in the early 1990s. Certainly there were SUVs before the Explorer, but they were mostly utilitarian in nature. The Explorer was the first go-to SUV for the Everyman. Throughout its life, the Ford Explorer has delivered versatility, a reasonable amount of comfort, affordability and, perhaps most importantly, more style than a station wagon or minivan. New or used, the justifiably popular Explorer should be part of any serious SUV search.

Current Ford Explorer
The Ford Explorer is a large three-row SUV that can accommodate up to seven passengers. There are four trim levels: base, XLT, Limited and Sport.

Though even the base version comes well-equipped, moving up the list provides luxuries such as leather seating, the Sync voice command system, a rearview camera, keyless ignition/entry and upgraded audio systems. In addition to its potent engine, the Sport trim features a sport-tuned suspension as well as unique interior/exterior trim details. Optional highlights (depending on trim level) include a navigation system, a rear-seat entertainment system, adaptive cruise control, a heated steering wheel and even an automatic parallel-parking system. Stability control and a multitude of airbags are standard, with blind spot and collision warning systems available on upper trims.

In reviews, we've found the Ford Explorer to be one of the best choices for a family-oriented SUV. It drives well, gets good fuel economy for its class and still retains the versatility that made people like SUVs in the first place. Fitted with most of its optional high-tech features, the Explorer is also one of the most advanced SUVs available, luxury brand or not. The Explorer's most notable downside is that it doesn't provide as much third-row and cargo space as some rival large crossover SUVs, and its MyFord Touch electronics interface can be finicky to use.

Used Ford Explorer Models
The current-generation Explorer bowed for 2011. Among the big changes was a switch from body-on-frame to unibody architecture for more carlike driving dynamics and improved space efficiency. Changes have been minimal since; the turbocharged four-cylinder engine wasn't offered until 2012, while the powerful Sport trim didn't debut until the following year.

The third-generation Explorer ran from 2002-'10. A longer wheelbase and an independent rear suspension allowed room for a fairly accommodating third-row seat while also improving ride and handling performance. A 210-hp V6 was joined by a new 4.6-liter 239-hp V8, and both were matched to a five-speed automatic transmission. Initial trim levels included the XLS, XLT and more upscale Limited and Eddie Bauer.

For 2003, a few new trim levels debuted, including XLS Sport and the NBX (no boundaries experience -- we're not making that up). The latter came with all-terrain tires, special trim and a Yakima roof rack. An off-road package became available as well, complete with a beefed-up suspension and skid plates. The following year, equipment levels were shuffled, stability control was made available on most trims (previously it could only be had on V8 models) and Limited and Eddie Bauer models got a quad bucket seating option. The stability control system was upgraded with roll stability control for 2005.

For 2006, a substantial update took place that included revised styling inside and out, an improved frame, enhanced safety systems and a more powerful V8. The latter made 292 hp (up from the previous 239 hp) though the 210-hp 4.0-liter V6 continued unchanged. The V8 came paired with a new six-speed automatic transmission. Safety equipment was upgraded, too, as front-seat side airbags and stability control were made standard on all Explorers. More recent Explorers benefited from the arrival of the voice-activated Sync music/phone interface (2008) and a revised navigation system (2009).

In general we liked this Explorer and found value in the excellent ride and handling characteristics, comfortable and roomy cabin and, on V8 models, strong power and high towing capacity. Though later outclassed by newer crossover SUVs in terms of comfort and design, this Explorer is a solid pick, particularly if you plan to use a V8 model for towing.

Model years 1995-2001 represent the second generation Explorer. Though neither as refined nor as powerful as the generation that followed, this group is still a respectable choice for an SUV. For most of this generation's run, three engines were available: a standard 160-hp V6, an optional 210-hp V6 ('97 and later) and a 210-hp 5.0-liter V8. The familiar XL, XLT, Eddie Bauer and Limited were the available trims, and there was a two-door Explorer known as the Sport. Editorial reviews of the time noted that the Explorer had a comfortable cabin and decent utility but fared poorly in terms of road handling and off-road ability.

The original Ford Explorer debuted in 1990 as a 1991 model, and it replaced the Bronco II in Ford's lineup. It achieved instant success in a market that it ultimately defined, if not created. Based on the Ford Ranger pickup, the original Explorer had the winning combination of size, style and utility that people wanted in an SUV. It came as the volume-selling four-door or a less popular two-door. Initially, just XLS and XLT trim levels were available. In 1992, an Eddie Bauer edition joined the lineup, and a Limited model followed shortly thereafter. For power, these Explorers had a 155-hp V6. Output went up slightly to 160 hp in 1993; this was also the year Ford made antilock brakes standard equipment.