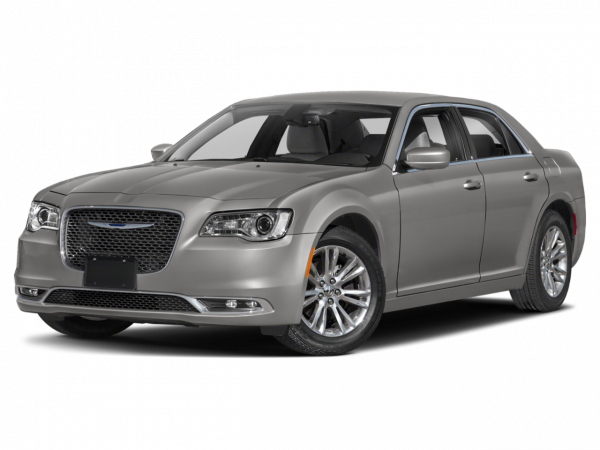 Chrysler is generally considered part of the Big Three, a title that refers to the traditional triumvirate of domestic automakers. The current accuracy of this classification is open for debate, but there's no debating the fact that Chrysler has experienced a revival of sorts over the past few years.

Chrysler Corporation was founded in 1925 by Walter P. Chrysler, a noted machinist; he'd purchased the Maxwell Motor Corporation of Detroit and used it as the foundation for his new company. The automaker quickly earned a reputation for advanced engineering. In 1928, Chrysler Corporation expanded with the purchase of Dodge and the creation of the DeSoto and Plymouth divisions.

The 1930s saw Chrysler boldly looking toward the future with the introduction of its revolutionary Airflow. Powered by a front-mounted inline-8, the car was one of the first to be designed with aerodynamics in mind, and featured swooping lines and a prominent grille. Perhaps a bit too ahead of its time, the Airflow was a flop with the public. Chrysler was able to survive the lean years of the Depression thanks to strong sales of its entry-level Dodge and Plymouth brands, whose vehicles boasted more traditional designs and much lower price tags.

Chrysler shined postwar. For a period in the late 1940s, it even surpassed Ford as the No. 2 U.S. automaker. The company's storied "Hemi" V8 engine debuted in 1951. Offering 180 horsepower, it was a significant improvement over Chrysler's previous 135-hp V8. The Hemi engine was meant to trounce the V8 offered by Cadillac, Chrysler's rival, and it kick-started Detroit's horsepower race of the 1950s and '60s. The '50s also saw the debut of treasured Chrysler classics like the handsome Town and Country and the sleek 300C.

By 1961, Chrysler had trimmed its line of brands by dropping the DeSoto nameplate. New technologies were also afoot, such as unibody construction (Chrysler was the first of the Big Three to introduce it) and the replacement of generators with alternators for a car's charging system. In the latter half of the '60s, Chrysler was heavily involved with NASCAR and producing performance-oriented cars.

At the same time, however, dark clouds were gathering. As with other domestic automakers, the 1970s proved to be a difficult decade due to the oil crisis, new government regulations and changing consumer tastes. A costly and ineffective overseas expansion further hurt the company's bottom line. By the late '70s, the company was in such financial disarray that it petitioned the government for $1.5 billion in loan guarantees to save it from bankruptcy.

Thanks to impressive public campaigning by then-chairman Lee Iacocca, the debut of the well-received K-car platform and the creation of the modern minivan, sales had improved dramatically by the mid-'80s. The government's loan was paid off seven years early. The picture further brightened in the late 1980s with Chrysler's purchase of American Motors Corporation (which netted the company the Jeep brand) and a joint venture with Mitsubishi known as Diamond Star Motors.

Success continued through the early 1990s. In 1998, German-based Daimler-Benz merged with Chrysler to form DaimlerChrysler. At the time, this deal was presented as a merger of equals. But it quickly became apparent that it was more of a purchase, with Daimler being the dominant partner.

Less than a decade later, that merger was no longer, as Daimler sold Chrysler (and Dodge) to a private equity firm in 2007. However, that merger had borne some worthwhile fruit, most notably in the form of the Chrysler 300 full-size sedan. The latter shared some chassis components with an older Mercedes-Benz E-Class platform.

As such, the 300 was a highlight for Chrysler that had a pleasingly solid feel to its driving dynamics that was further sweetened via an available powerful V8 engine. But soon after the split, America's economy slid into recession. Due to poor sales and debt, Chrysler had to declare bankruptcy and the federal government intervened with bailout loans. Eventually Chrysler came under control of Italy's Fiat.

Today, the lineup has been pared down to a pair of sedans, a convertible and a minivan. However, after years of having lackluster entries in the very important midsize car category, Chrysler made major improvements in the performance, design and quality of its midsize sedan entry, the 200. The latest 300 also stands as a prime choice for a premium full-size sedan. Still, it remains to be seen as to whether this and future product releases will be enough to restore the company to its former glory.