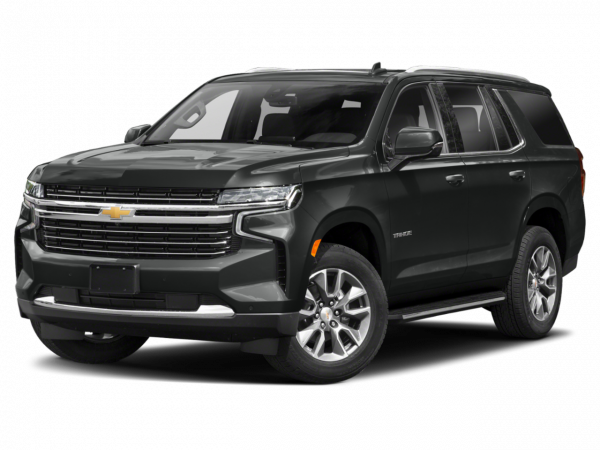 Few SUVs since the mid-1990s have been as popular as the Chevrolet Tahoe, and it's not hard to see why. With room for up to nine passengers, V8 power and plenty of available amenities, the Tahoe has traditionally been a go-to choice for large American families.

The Chevy Tahoe faced little competition when it debuted, popularizing the full-size SUV by being a somewhat smaller and more maneuverable version of the giant Chevy Suburban that established the segment. Today, however, there are more choices than ever. In particular, large crossovers are more efficient, easier to drive and more versatile inside. The Tahoe remains competitive, though, especially among those who need the added capability of towing.

Current Chevrolet Tahoe
The Chevrolet Tahoe is a traditional full-size SUV built on a truck platform. It's been fully redesigned for 2015. Major updates for this fourth-generation model include added safety and technology features, improved fuel economy and a fold-flat third-row seat. Depending on the configuration, it will accommodate anywhere from six to nine passengers and tow up to 8,600 pounds.

Ample power comes by way of a 355-horsepower 5.3-liter V8, matched to a modern and efficient six-speed automatic transmission. There is a choice between two- and four-wheel drive, with the latter available with either a traditional two-speed transfer case or a single-speed unit without low-range gearing (not available with Max Trailering package).

In reviews, our editors found the Chevy Tahoe to be a capable and comfortable performer with a welcoming and, for its class, upscale interior. The ride quality is comfortable and handling surprisingly composed, but you'll find the ride comfort deteriorates with either of the available 20- or 22-inch wheels, even with the adaptive suspension. Also, larger crossovers tend to be more maneuverable and responsive. The cabin's redesign and modern connectivity are welcome, as the Tahoe is now competitive with its rivals. Another significant change is the integrated fold-flat third-row seat, the downside of which is an elevated floor into the cargo area.

In total, if you're mostly looking to carry a bunch of people, the Tahoe isn't the best choice. However, if you also need to tow or venture off-road with a real four-wheel-drive system, the burly Tahoe continues to make a lot of sense in an anachronistic category that continues to dwindle.

Used Chevrolet Tahoe Models
The third generation of the Chevy Tahoe spanned the 2007-'14 model years. Compared to earlier Tahoes, it represented a marked improvement in terms of drivability and interior design, as well as materials and build quality.

Initially for this Tahoe, Chevy offered one of two V8s: a 4.8-liter (295 hp) or a 5.3-liter (320 hp). Both engines came with a four-speed automatic transmission, but the 4.8-liter V8 was paired with rear-wheel drive only. For a single year in 2009, a 6.2-liter V8 with 395 hp was available. A six-speed automatic was introduced that year and was fitted to both the 5.3-liter and 6.2-liter V8s. After that, the Tahoe came exclusively with the 5.3-liter engine and six-speed auto and either RWD or traditional 4WD with low-range gearing.

This generation also experienced a steady infusion of standard or optional technology: we recommend going with a 2009 or newer model for equipment like Bluetooth connectivity, a USB port (2010) or hard drive-based navigation. Other key changes for this generation involved safety feature content. For the 2007 model, side curtain airbags were optional on some trims, while front side airbags were unavailable prior to 2010. Another noteworthy change involved the 50/50-split third-row seat, which was optional for 2007 and '08.

Overall, we found this versatile and ever-improving generation of Chevrolet Tahoe to be desirable for a full-size V8-powered SUV. Car-based crossover SUVs became much more popular during this time, and they're worth consideration given the advantages in fuel economy, handling and ride quality. Yet the Tahoe remained a capable and comfortable, if slightly large, daily driver throughout. Our one main criticism involved the Tahoe's third-row seats. At more than 50 pounds each, they were heavy and cumbersome to remove. And when folded inside the truck, they did not offer a flat cargo floor. The third-row seats were also a favorite of smash-and-grab thieves.

The previous-generation Chevrolet Tahoe was built for the 2000-'06 model years. Through most of this period, our editors considered the Tahoe to be one of the best full-size SUVs available. This second-gen Tahoe was a little bit smaller than the third, but it still offered room for up to nine passengers. Two V8 engines were available -- either a 285-hp 4.8-liter or a 295-hp 5.3-liter -- as were 2WD or 4WD. For most of its history, the model came in LS, Z71 or LT trims. The Z71 was designed for improved off-road performance.

Generally, our editors were impressed with the power from the V8 engines and the truck's maneuverability, but put off by cheap interior materials and spotty build quality. Shoppers placing a priority on safety will want to look for a Tahoe with the optional stability control system; Chevrolet started offering it in the 2003 model year on trucks with the larger V8.

Previous to this was the first-generation Chevrolet Tahoe offered from 1995-'99. It could carry a maximum of six passengers, large amounts of cargo and best of all would fit in most garages. This was the only generation that offered both two-door and four-door models. The two-door versions were also available with a 180-hp turbodiesel V8 instead of the 255-hp, 5.7-liter V8.